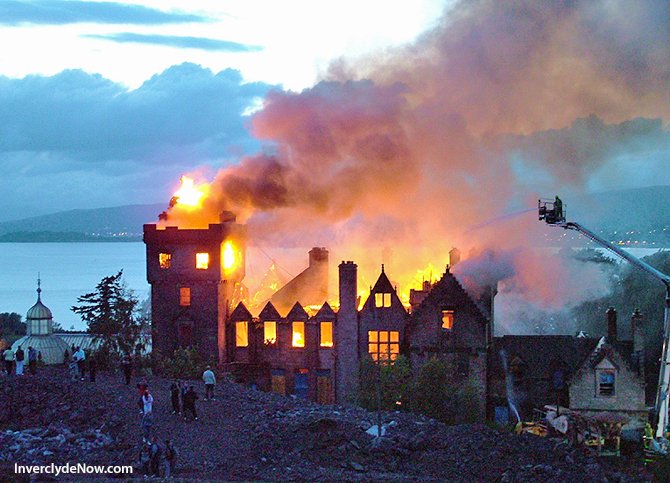 A MASSIVE fire ripped through Broadstone House, Port Glasgow on 17 July 2004. Fifteen years later, work is nearing completion on a flats development preserving some of the original structure. 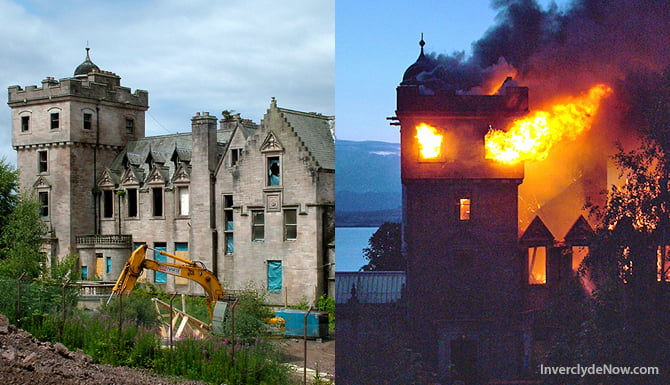 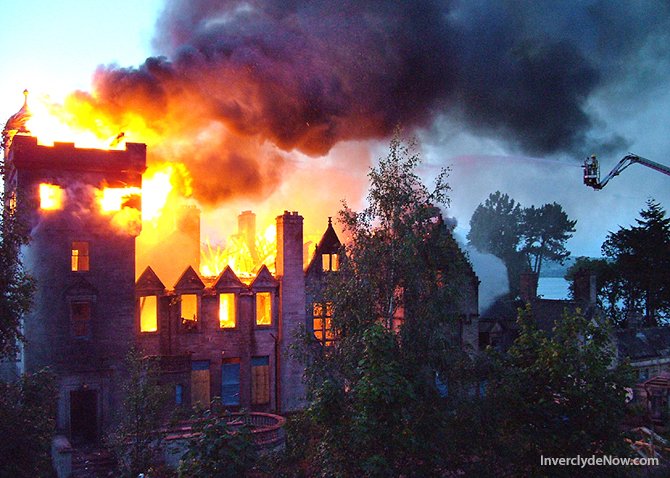 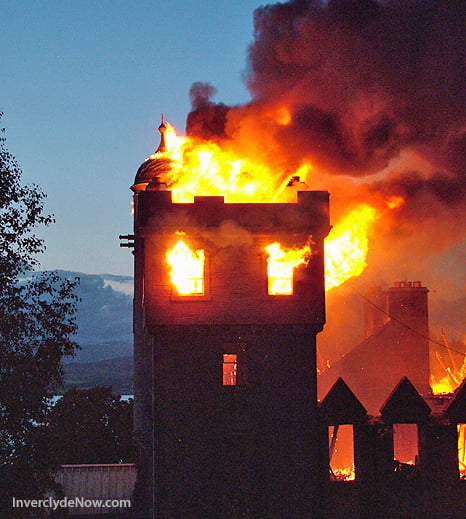 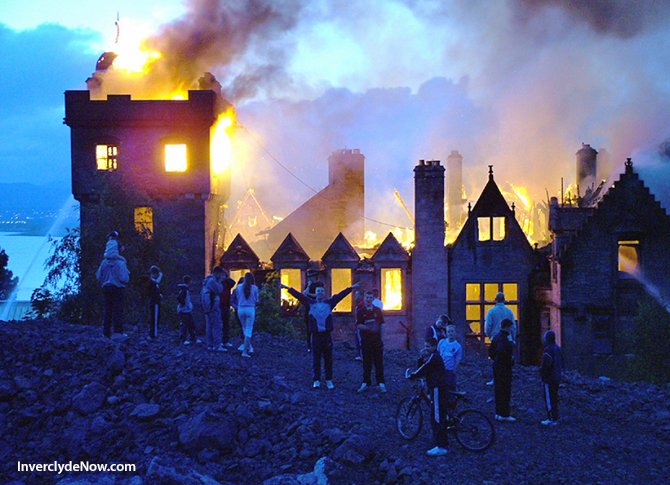 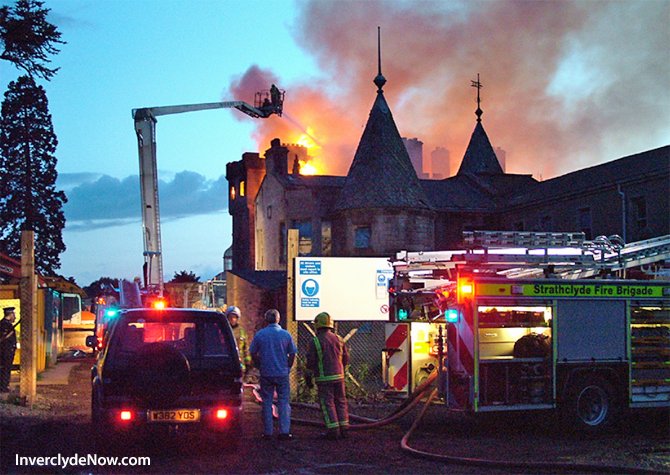 Muir Homes were about to start work on a major residential development at the former Broadfield Hospital grounds when the blaze broke out. 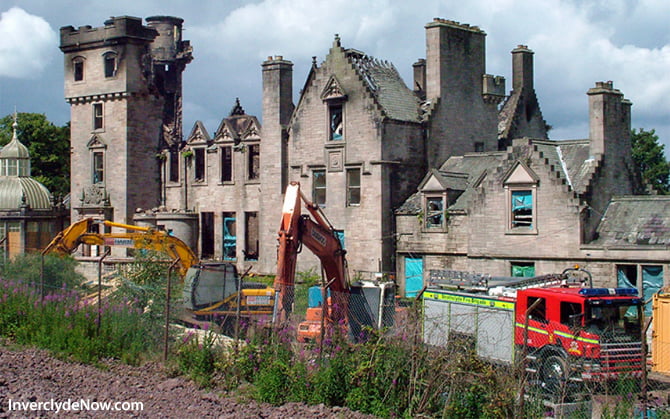 The A-listed building appeared remarkably intact the next day but it wasn’t until 2016 — after many new houses had been built as part of the surrounding Castlebank estate — that a plan was agreed for a redevelopment which by then involved losing most the original features, including the tower. 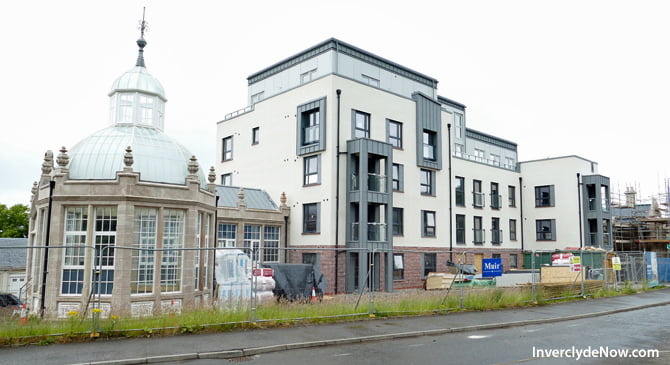 Inverclyde councillors described the plan as “horrible” and awful” but felt they had no choice but to approve it. 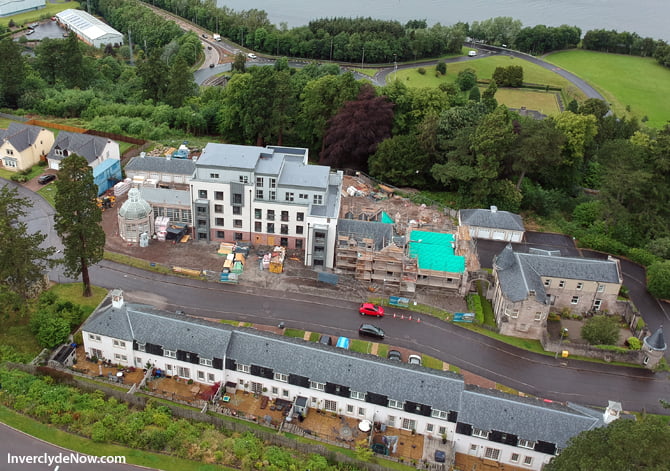