PERMISSION Given For ‘Awful’ Flats Plan

A PLAN to convert a historic Port Glasgow building into flats was branded as “awful” and “horrible” by councillors but was still voted through by Inverclyde Planning Board.

The 27-flat development by Muir Homes at the A-listed former Broadstone House hospital will salvage some parts of the building but will have a largely modern structure.

Planning officials and Historic Environment Scotland believe that the compromise proposal was the only economically viable option and feared the building would be a total loss otherwise.

Hopes of fully reinstating the structure had been dashed by a major fire in 2004, the significant downturn in the property market and further deterioration of the building.

The board was told that just a few homes remain to be built from the 31-property phase two of the surrounding Castlebank development and that, under the conditions of planning permission granted for the site, the third phase of 42 houses cannot go-ahead until work starts on converting Broadstone House. 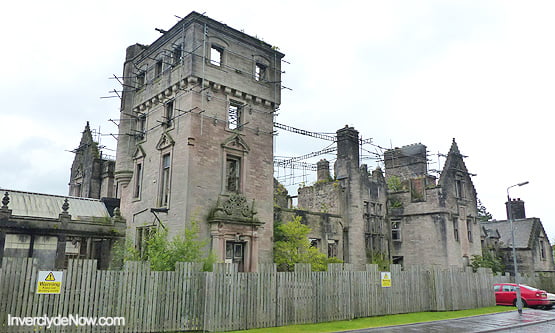 Councillor Math Campbell-Sturgess said: “I don’t like being held to ransom to approve a development. That’s the position we are in. It looks awful. I don’t think anyone here is saying it looks good.”

Councillor Innes Nelson said: “It’s a horrible looking building. It doesn’t reflect what was there before.” He moved refusal on the grounds it was out of character with the area.

Councillor James McColgan said: “It does not respect the former prestige of Broadstone House but, if we refuse, it will still be sitting there in another year or two and the area will still be a building site.”

Board chairman Councillor David Wilson said: “In eight and a half years this is one of the most difficult applications I have faced.”

Councillor Terry Loughran said refusal would leave the estate in limbo and stressed the backing the application had received from the Scottish Government’s heritage watchdog Historic Environment Scotland.

The board voted 6:2 to approve the plan. 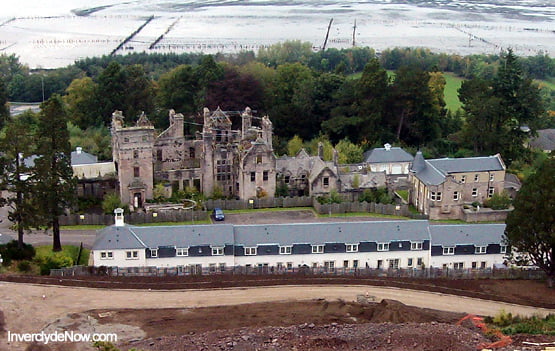 A report by head of regeneration and planning Stuart Jamieson had stated: “I share the concerns raised by residents that their long-held expectation that the building would have its exterior fully reinstated has not come to fruition. It is over 11 years since the fire which severely damaged the building and it remains substantially as a ruin.

“While the applicant has made some progress towards restoration of the building with the completion of two houses in the former stable block, it has not proven viable to proceed with the remainder.”

At the request of Historic Environment Scotland, Muir Homes marketed the building over a six-month period to see if any other party would be prepared to complete the approved scheme with none forthcoming. It is now considered beyond economic repair. 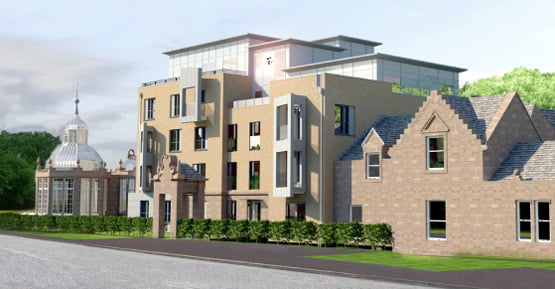 The new proposal is to demolish the most significantly fire-damaged section of Broadstone House — including its tower — and to replace it with a new-build structure of between four and six storeys. To the east and west, remaining sections of the listed building will be retained and restored.

Flats on the two upper levels will have roof terracing while elevated ground floor flats at the rear of the building and first, second and third floor flats will have balconies. The orangery with its domed tower will be retained and converted to a flat. The grand entrance will be reconstructed as a freestanding feature forward of the entrance to the new building.

Mr Jamieson stated: “I have concluded (as has Historic Environment Scotland) that it is now appropriate to consider a compromise solution for the listed building else it becomes a total loss. If this does not happen then the benefit of this proposal in encompassing the retention of some of the most immediately identifiable elements of Broadstone House in its design is lost.

“As evidenced by the recent structural collapse within the east wing if the building, time is now pressing if such a solution is to be feasible.

“Clearly while the new-build section of the proposal is of modern design, I consider that it pays respect to the section of listed building it replaces with reference to massing, height, setback position to the street, partial finish in natural stone and the reconstruction of the grand entrance as a freestanding structure.” 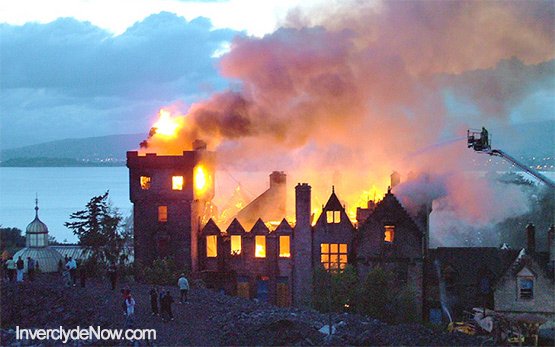