THE Miliband-Wagon Trying To Avoid Being Scunnered 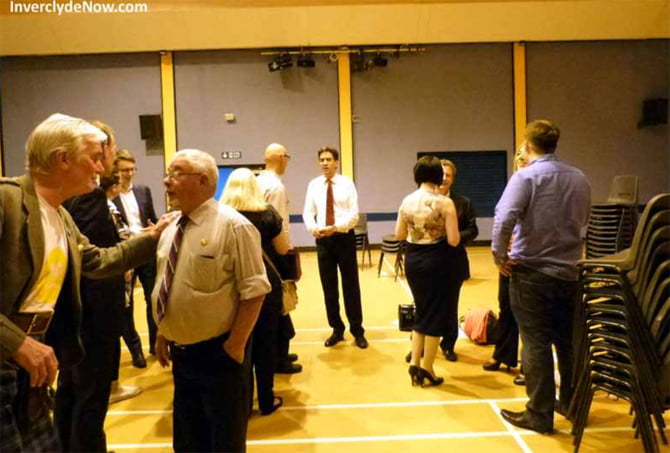 LABOUR leader Ed Miliband could have been forgiven for needing a translation after one particular question during a low-key visit to Port Glasgow.

The Miliband-wagon rolled into the town, almost under the radar — the politician was at Boglestone Community Centre on Friday night addressing an audience of the party faithful plus invited guests, as well as answering questions ahead of the Scottish independence referendum and next year’s general election.

During a brief chat with the press, he was asked if he was a “wee bit scunnered” that 16 and 17-year-olds were allowed to vote in the 18 September referendum but not at general elections.

Admirably Mr Miliband seemed to pick up the meaning of “scunnered” from the context, saying he supported the vote for those of that age group and that he looked forward to getting their support. (One of Mr Miliband’s staff admitted not knowing the word ‘scunnered’ and was grateful to learn what it meant and how it was spelt.)

Mr Miliband’s visit had not been publicly announced but several pro-independence Yes activists had somehow learned of the event and were lying in wait for him. 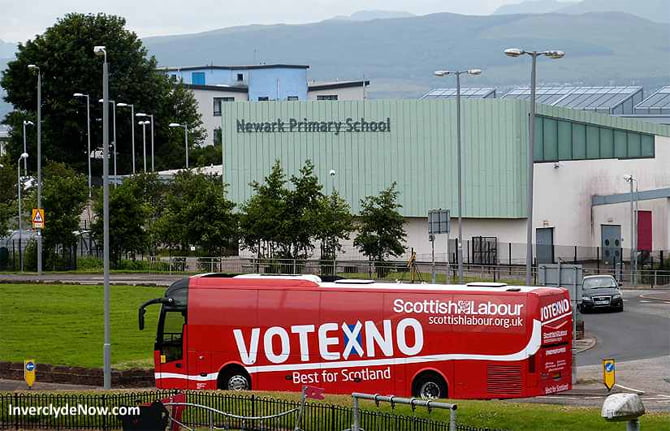 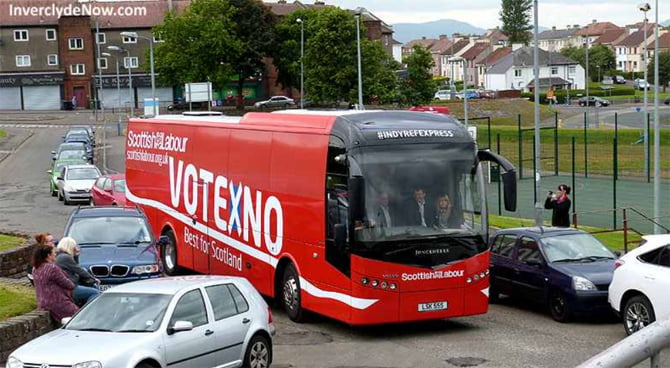 Mr Miliband and his entourage — including Scottish Labour leader Johann Lamont — arrived on the party’s Vote No bus; the protesters’ fairly subdued efforts at a confrontation were thwarted when the coach drove straight up to a side entrance and Mr Miliband entered the building without incident.

At the start of his speech Mr Miliband invoked the memory of people gathering in halls over the years to campaign for what they believed in, and asked: “Why are we in this hall at 7.15 on a Friday night?” There was some light relief from the weighty issues at hand when someone instantly replied: “There’s no football on.” 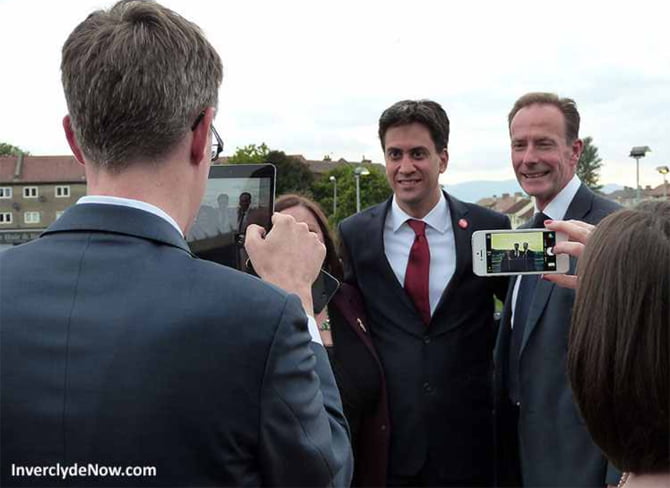 A truly public meeting would no doubt have been a stormy affair. It’s not hard to imagine how Yes campaigners may have reacted to Inverclyde MP Iain McKenzie’s welcome for Mr Miliband, introducing him as: “The next prime minister of a truly united United Kingdom.” This was one of the key messages being put across to those assembled, many of whom will be knocking doors to persuade voters that the UK is Better Together — they will have to win round those who would rather Scotland was independent than at risk of further Conservative rule from Westminister.

Speaking to Inverclyde Now afterwards, Mr Miliband asserted: “We are 10 months away from electing a Labour government to get on with the business of social and economic change.”

It remains to be seen who will be feeling scunnered after the referendum (and the general election.) 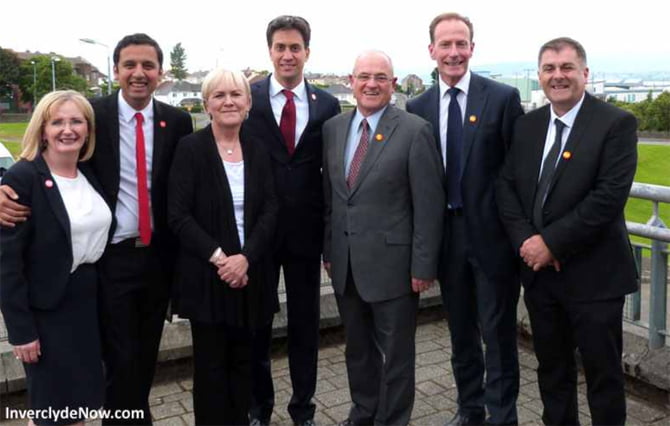