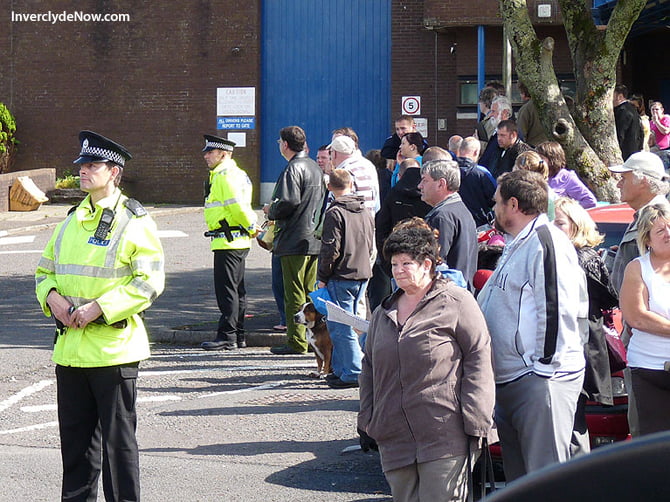 A crowd waited for the convoy to leave

IT’S 10 years since the man convicted of the Lockerbie bombing was released from Greenock Prison. 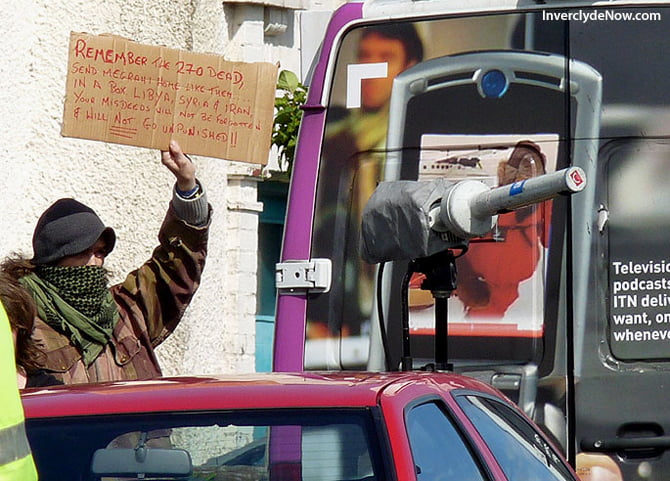 Libyan Abdelbaset Ali Mohmed Al-Megrahi, who was dying from cancer, was released on compassionate grounds on 20 August 2009. 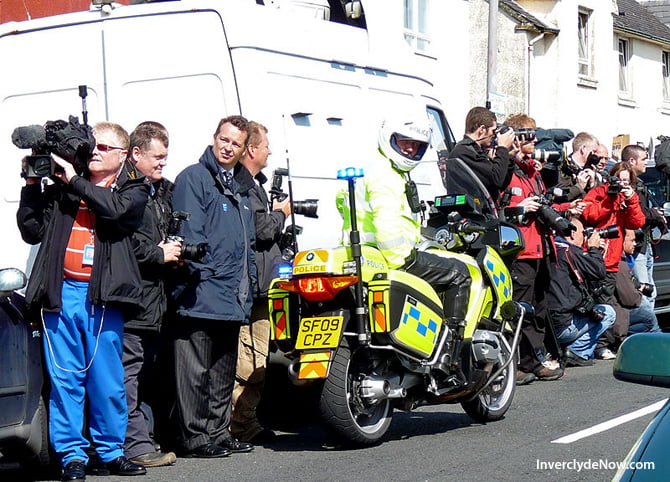 Outside the prison in Old Inverkip Road, as media workers waited 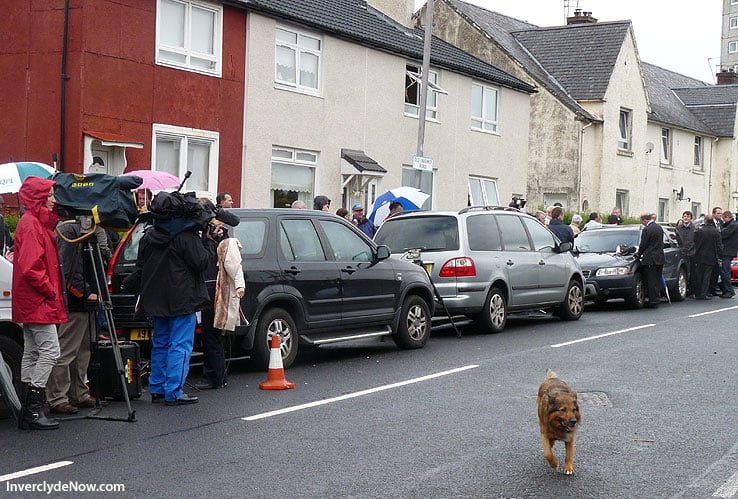 A crowd gathered at the prison and some people shouted as a large convoy of police vehicles took Al-Mehgrahi (57) away.

He was taken to Glasgow Airport for a flight to Libya. 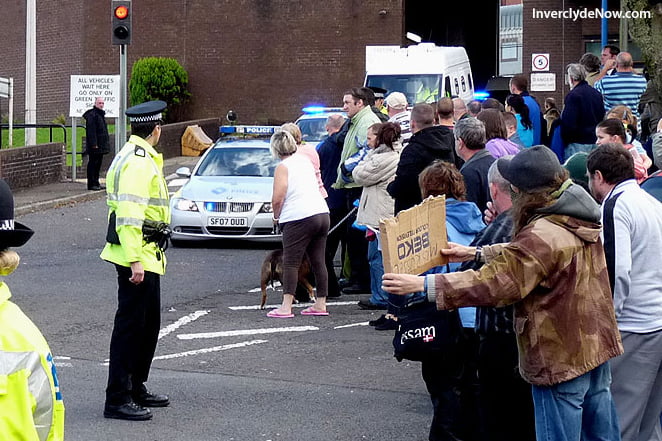 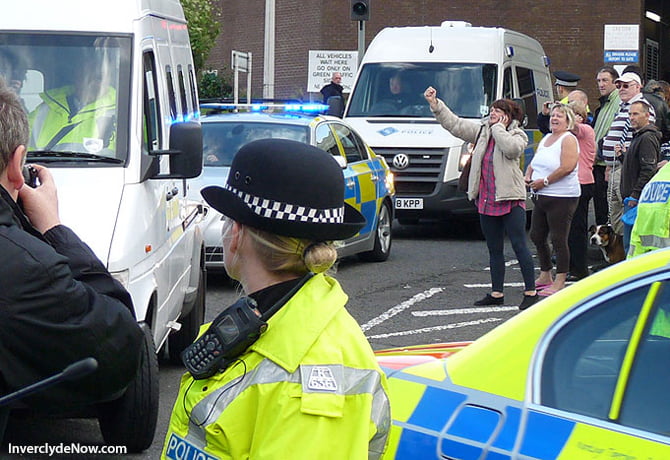 Al-Megrahi had served eight years of a life sentence imposed in 2001 after he was convicted at the Scottish Court in the Netherlands of the murder of 270 people at Lockerbie in December 1988.

|  BBC Coverage at the time of his release