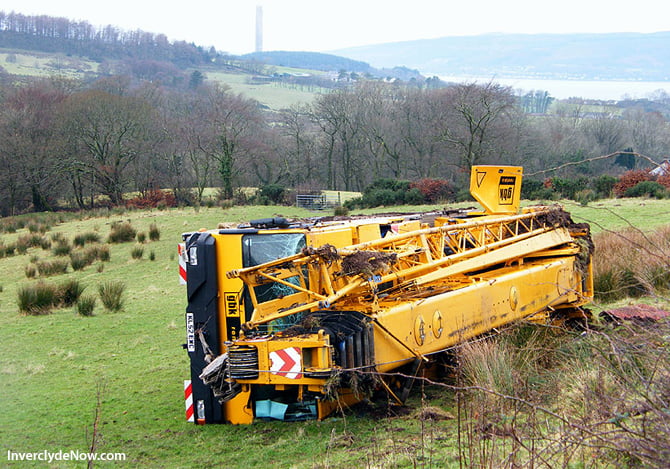 MAKING the news in January 2009 — A large mobile crane left a country road and overturned into a field near Inverkip, It took around four weeks to recover. 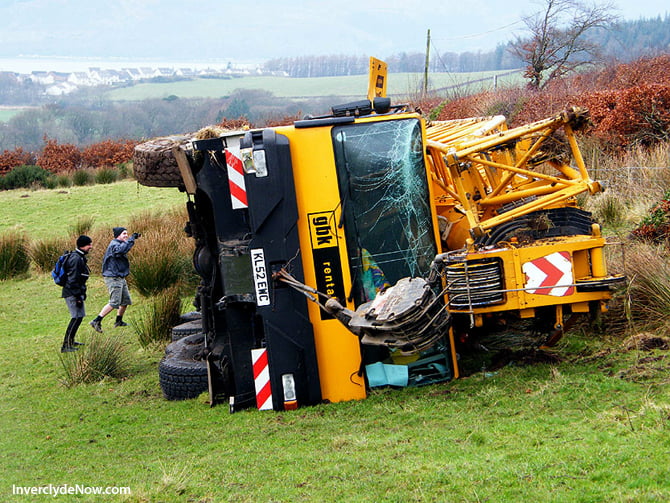 The four-axle truck worth hundreds of thousands of pounds crashed off Dunrod Road, between the A78 and Loch Thom. No one was injured. 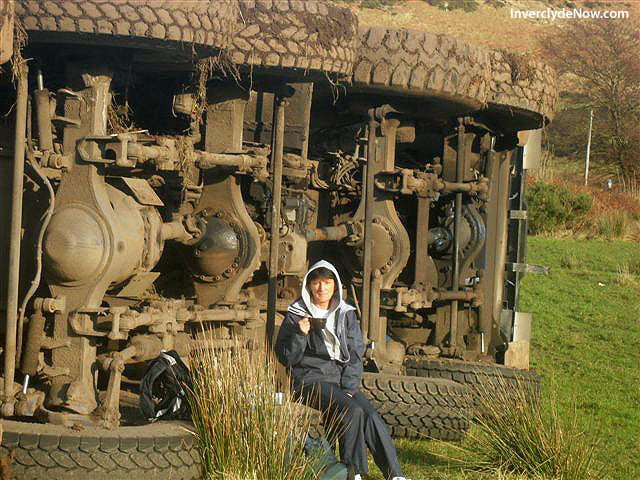 The vehicle had ended up on the single-track road after the driver was given the wrong directions to IBM. 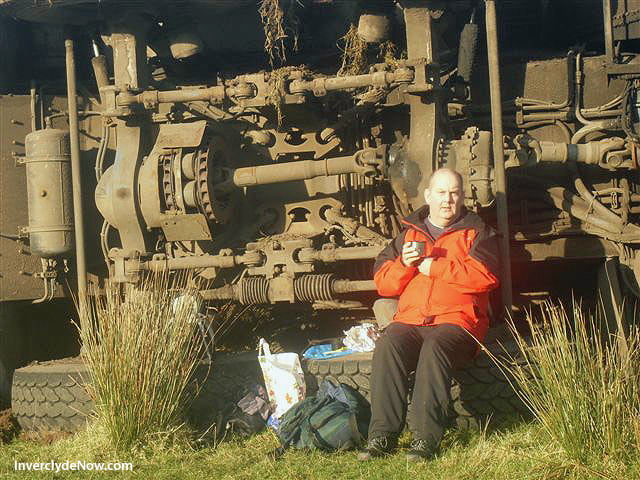 It attracted considerable interest from passersby with some walkers even having a picnic on its tyres. 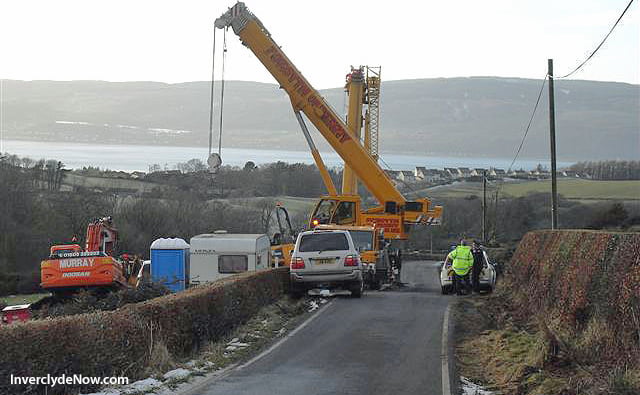 Two huge cranes were brought in as part of a massive effort to recover it. 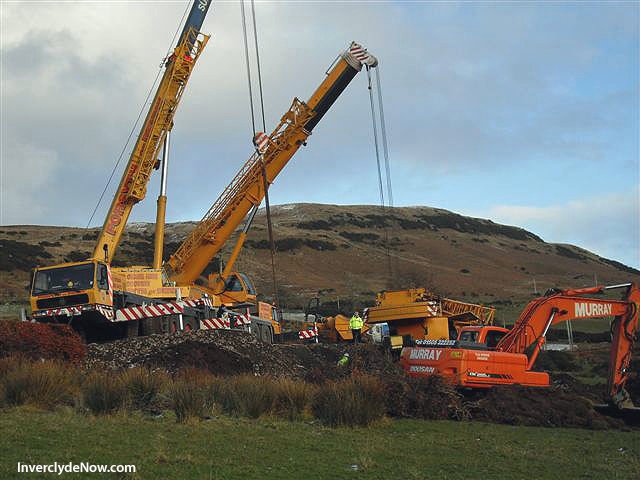 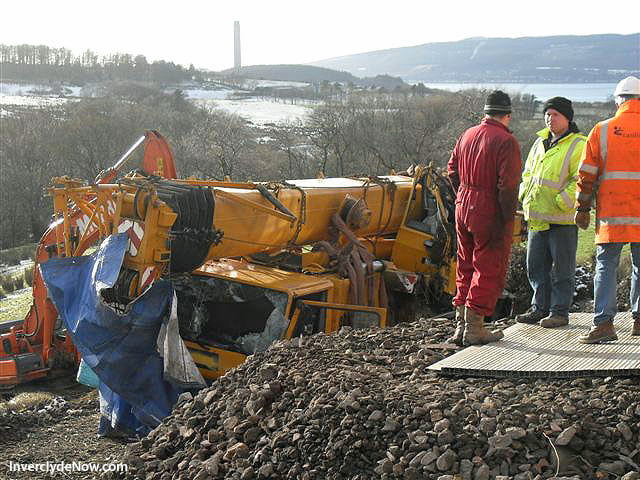 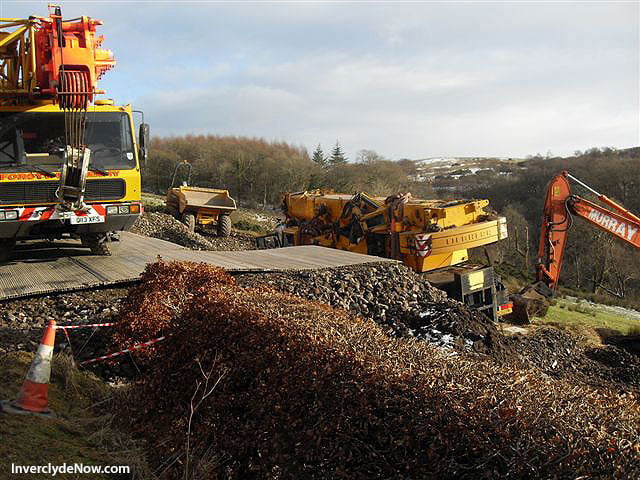