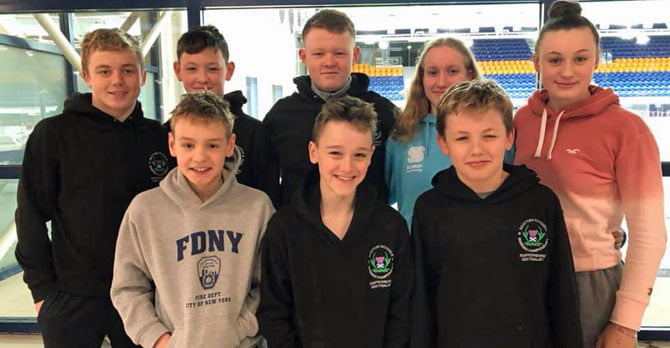 Qualifying for the prestigious national competition is a great achievement in itself — only the top swimmers in each two-year age group event are eligible. Races are streamed by age group, with swimmers competing at either 12 and under, 13 to 14 years, 15 to 16 years or 17 to 19 years. 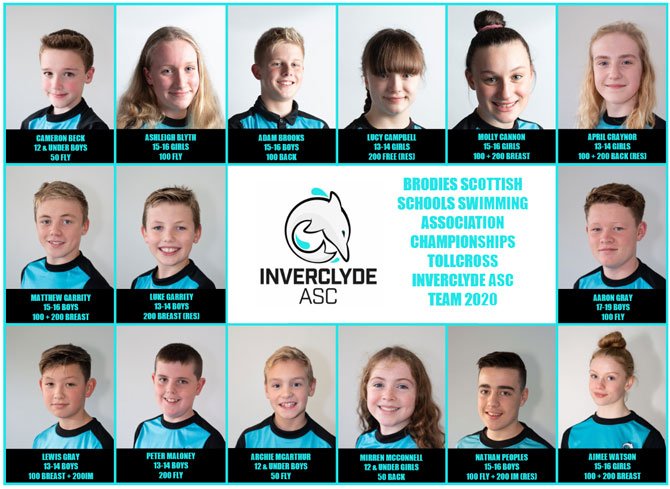 Top performer was Clydeview’s Matthew Garrity, going in the 15 to 16 years 100m (metre) and 200m breaststroke. The 200m race came first, with Matthew going into the event as second-top seed. He gave a strong performance to take the silver medal behind rival Liam Murphy -– the pre- event favourite. 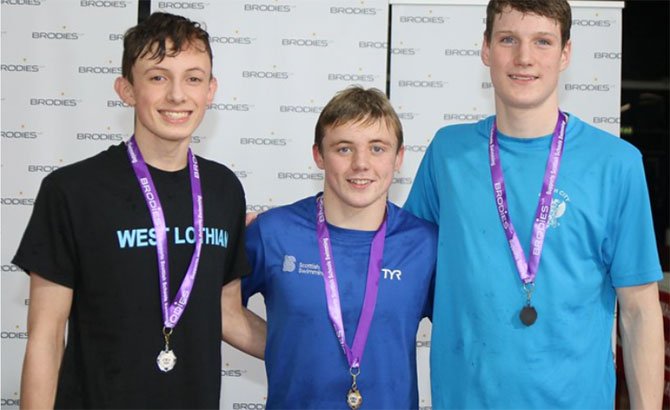 It was role reversal in the 100m event. Matthew, above, centre, was favourite this time, and a storming swim saw him edge ahead of Liam in the closing stages to take the gold medal.

Bringing further success for the team was Archie McArthur from St Columba’s, Kilmacolm. One of only three primary-aged finalists, Archie was a strong medal hope in the 12 and under 50m butterfly, despite going up against swimmers a year older. 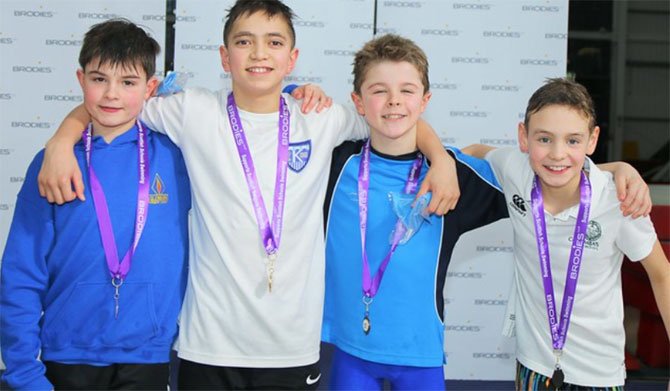 Archie, above, far right, won his heat to qualify comfortably for the final, setting a new West District 10-year-olds long course record for the event. His time beats the previous record set by Olympic swimming star Duncan Scott way back in 2008. Record-breaker or not, Archie had to regain his composure for the final where he battled hard against the strong field to claim joint third place and secure a bronze medal. 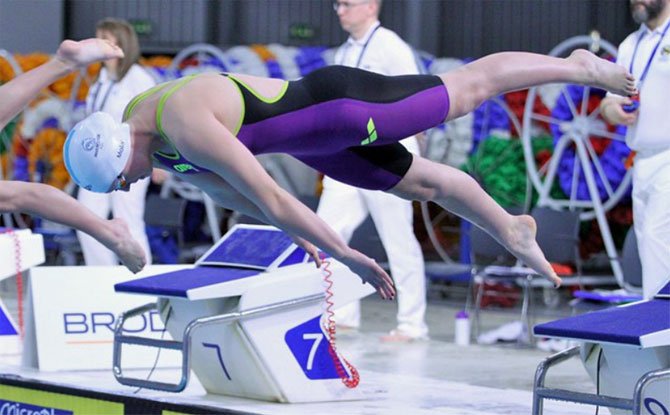 Molly Cannon was representing St Columba’s, Gourock in the 15 to 16 years 100m and 200m breaststroke. Molly put in an excellent performance in the 200m event, finishing in sixth place with a new long course PB. In the 100m event, Molly retained her focus to finish 12th overall, well ahead of her 17th place seeding.

Fellow St Columba’s pupils Aaron and Lewis Gray were also in action. Aaron had a superb seventh place in the 17 to 19 years 100m butterfly, claiming a new long course PB and exceeding pre-meet expectations. Brother Lewis went in the 13 to 14 years 100m breaststroke, swimming really well despite the long wait to compete, to finish in 12th place and set another long course PB. 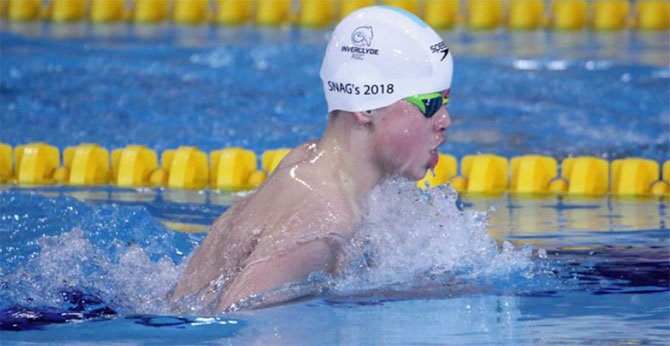 Mirren McConnell from St Andrew’s Primary had a great debut in the competition, making the final for the 12 and under 50m backstroke. Mirren swam superbly in both the heats and the final to finish in eighth place overall with a new PB, far exceeding her 14th place seeding.

Moorfoot Primary’s Cameron Beck was also making his national debut, competing in the 12 and under 50m butterfly alongside team-mate Archie. Cameron performed well to finish 13th with a new PB. With both Cameron and Archie having another year to compete in this age group, next year’s competition could be very exciting for the club.

Notre Dame were represented by Peter Maloney in the 13 to 14 200m butterfly, one of the toughest events in the programme. Peter swam his way to a long course PB and took 13th place overall. Peter also has another year competing in this age group, so should take great confidence from his results.

Two swimmers on the reserve list were granted the chance to swim and were justly rewarded for their patience with great results. Clydeview’s April Craynor got to swim in the 13 to 14 years 200m backstroke, putting in a strong performance to set a new PB and finish in 15th place.

Nathan Peoples from St Columba’s, Gourock went in the 15 to 16 years 100m butterfly and set a new long course PB to finish 20th. Nathan is another swimmer who has another year competing in this age group.

Three other swimmers who qualified did not get to swim on the day. Aimee Watson missed her two events through illness, and Luke Garrity and Lucy Campbell were reserves who sadly didn’t get the chance to swim. All three swimmers are from Clydeview.