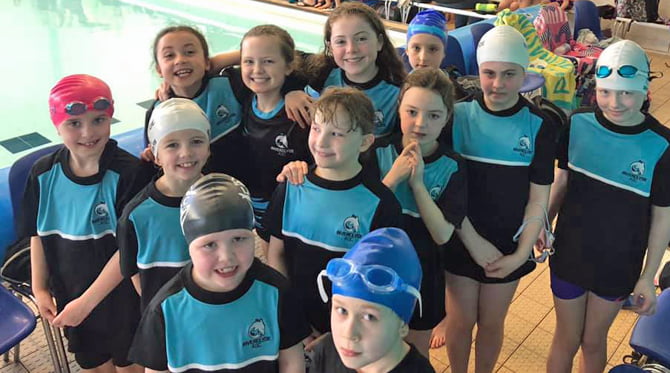 INVERCLYDE Amateur Swimming Club’s performance at the Falkirk Otters Gala in Grangemouth was one of the most successful in the club’s history. 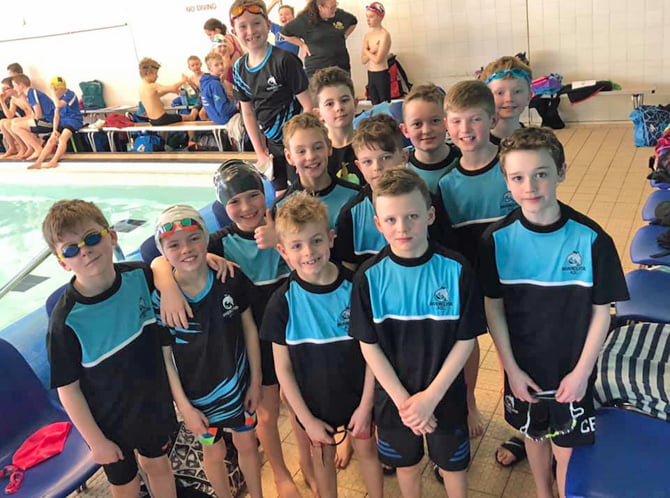 Saturday morning’s competition was for seven to 10-year-olds, with 11 to 12-year-olds competing in the afternoon session. Saturday’s swimmers could compete in the 50-metre versions of all four strokes and the 100-metre individual medley (IM). On Sunday it was the turn of the 11 to 15-year-olds in the 100-metre and 200-metre events, 200-metre IM and 400-metre freestyle. 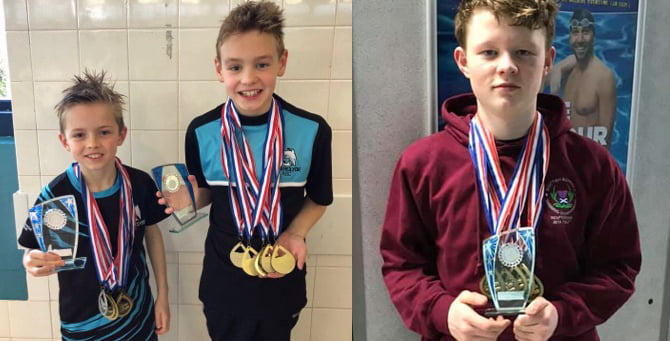 Medals were awarded for 1st to 6th place finishes across both days. Top of the class in the Saturday morning session were Archie McArthur and Finlay Morrice, both of whom won ‘best boy’ award for their age group. Archie was in incredible form once again to take five golds out of five and set new meet records in four of the events. Newcomer Finlay Morrice turned training potential into results, winning three golds, one silver and one bronze in one of his first competitions with the club.

Archie’s younger brother Brodie kept up the family momentum, winning three silvers and a fifth-place medal and setting new personal bests (PBs) in every race. Cameron Beck added to the medal tally with one silver, three bronze and a fourth-place medal.

The Inverclyde A and B mixed relay teams finished the morning in style, taking gold and bronze in the squadron relay event. 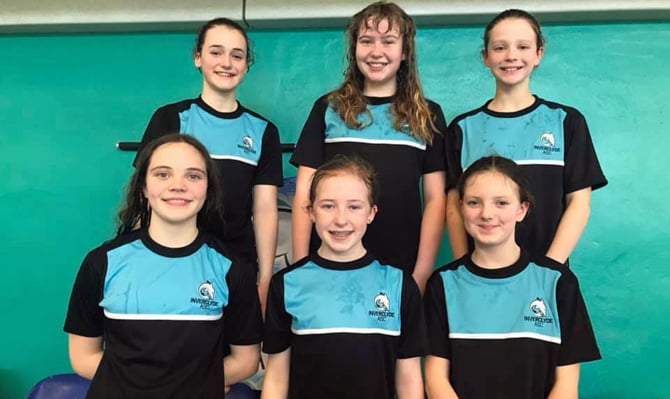 In the afternoon session, the 11 to 12-year-olds were determined to keep the winning streak going and they didn’t disappoint. Star of the afternoon, Betty Fischer-Keogh was awarded best girl for winning four golds and a bronze and setting a new meet record for the 50-metre breaststroke. 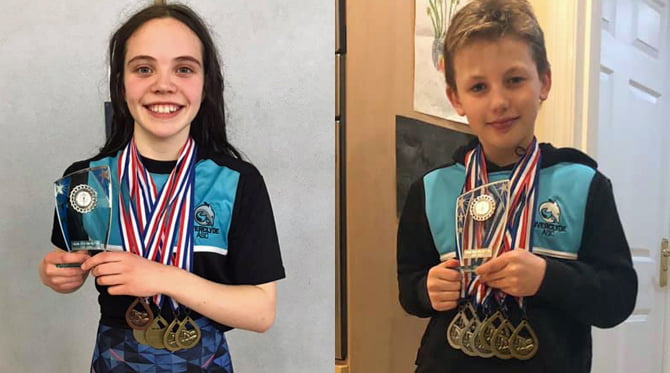 It was a smaller team representing the club on the Sunday, but ambitions were just as big. Aaron Gray and Luke Garrity were the stand-out swimmers for the club, both winning best boy in their age groups. Aaron won four golds out of four, set three new meet records and set three new PBs. Luke won two golds and four bronze.

Lucy Campbell was top of the Inverclyde girls, winning two gold and three silver medals. Darren Macleay took two silver and a bronze and Lewis Gray took a silver, a bronze and a fourth-place medal. Emma Sharkey grabbed two bronze medals and Anna McClafferty took home a bronze, fifth and sixth-place medal. Kerr Melrose and Alistair Currie both added to their medal count from Saturday, with Kerr taking two fourth places and Alistair adding a fifth and sixth-place medal to his Saturday victories.

Mya McNelis finished just outside the medals in her Saturday events, but new PBs were to set her up for a fifth and sixth-place medal on the Sunday. Shaun Wiseman also won a fifth-place medal and Ben Hughes added a sixth place to the medal tally. The mixed relay team then finished the weekend in style with another gold medal.

Despite such a huge haul of medals, Inverclyde just missed out on the best club award by five points to Milngavie and Bearsden swimming club. It was disappointing not to win the overall award, but the sheer number of PBs and medals achieved shows just what a force to be reckoned with the club has become.