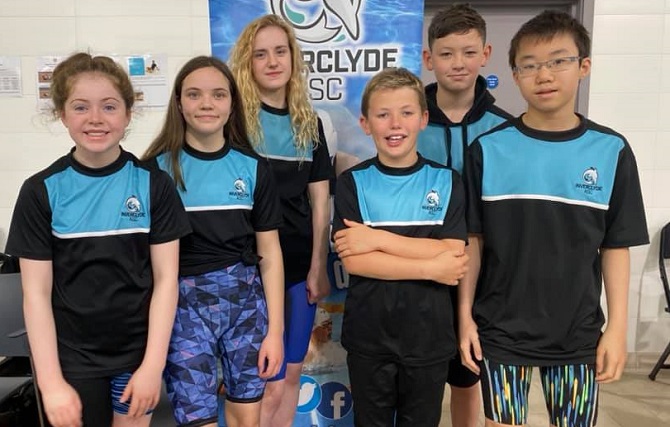 JUNIOR swimmers from Inverclyde ASC were in action at the West District Junior Age Group meet.

The event involved 11 to 13-year-old who have achieved the tough qualifying times competing against the best in the west.

Seven Inverclyde swimmers took to the pool over the two-day gala, with many new personal best (PB) times recorded, top-10 finishes and even a few medals won.

The busiest and most successful swimmer was Luke Garrity, competing in seven events. Luke won gold for the 200m breaststroke in a new fastest time. A further PB followed in the 400m IM (individual medley) to take fourth place.

He was fifth in the 100m breaststroke and set more new PBs to finish eighth in the 400m freestyle and ninth in the 200m IM and 200m freestyle. He just missed out on another best time for the 100m backstroke.

The youngest swimmer for the club was Mirren McConnell who was competing in five events in her first West District competition — and what a debut it was. Mirren made a clean sweep of PBs as she raced to two medals and four top-10 finishes. She took bronze in both the 100m and 200m backstroke, seventh in the 200m freestyle, 10th in the 100m butterfly and 13th in the 100m freestyle. 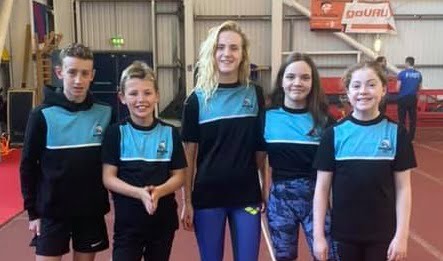 Lewis Gray also made it five PBs out of five as he secured three top-10 finishes across a very successful weekend. Lewis earned fifth place in both the 200m breaststroke and 100m butterfly, and came sixth in the 400m IM. A six-second PB in the 200m freestyle saw him finish in 12th place, well ahead of his 17th place seeding and a further PB was set in the 100m freestyle.

Lukas Kong also gave a great performance to finish fifth in the 100m butterfly with a 17-second PB. Further new times followed in the 100m freestyle and 100m backstroke to cap off a very successful West District debut.

Betty Fischer Keogh was competing across multiple events and, despite an early disqualification in the 200m IM, went on to set new PBs in the 200m and 100m freestyle to finish in 12th and 13th place. These were followed with solid performances in the 100m breaststroke and the 400m IM, in which she swam close to her best.

Oliver Patton also performed well in the 100m breaststroke and 200m backstroke, setting a new PB for the breaststroke to improve on his seeding.

Coach Shirley Reford was delighted with the overall performance, but was particularly happy with the number of PBs set.

She said: “Swimming your best time is all we can ask, and it was great to see every swimmer improve in at least one of their events. Everything is going in the right direction for them and I’m so impressed with them all.”