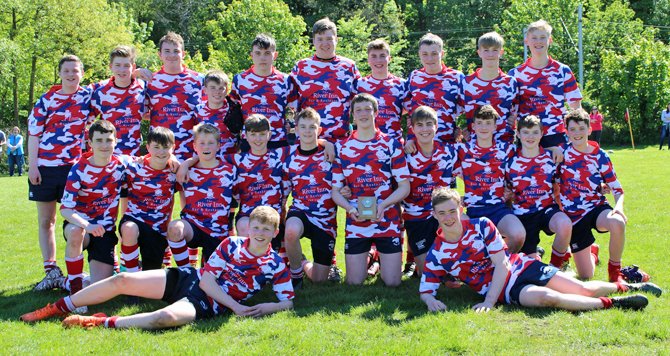 BIRKMYRE Under-15s saved one of their best performances of the year to the final day of the season, powering their way past a strong Whitecraigs side 61-26 to lift the trophy in the West Shield cup final.

The Kilmacolm side were on top throughout the match and took an early lead after five minutes when skipper Rhu Hart scored the first of what would prove to be a hat-trick of tries from the young second row. With only a further three minutes on the clock, centre Thomas McKeown powered home from inside the opposition 22. He added a second try on 11 minutes with both scores converted by David Cruickshank, giving a 19-0 lead.

Next to score was Finlay Davidson. Having picked up the ball a few metres out from a ruck, he muscled his way over to score near the corner flag. Again, Cruickshank added the extra points. Whitecraigs got a score back however Birkmyre finished the half positively with a fifth try on the 25th minute. This time it was winger Adam Hannah, running over to touch down. The conversion was duly slotted over giving the home team a commanding 33-7 lead at the half.

Birkmyre came flying out of the traps again in the second half. Adam Hannah added his second try, a superb solo effort. Whitecraigs had been on the offensive and attempted a kick and chase. Adam chased back and secured a 22 drop-out for the team. Thinking on his feet, he held on to the ball and took the 22 quickly himself. He chased his own kick, and having secured the ball, sprinted the length of the pitch to score under the posts. He got his breath back and slotted over the conversion as well.

Whitecraigs did not let their heads go down and they responded with two tries to narrow the deficit. However on 41 minutes, Rhu Hart pick up the ball at the base of a ruck, caught the defence napping and went over for his second try. On the 50th minute, he completed his hat-trick with a similar, and equally impressive, effort. 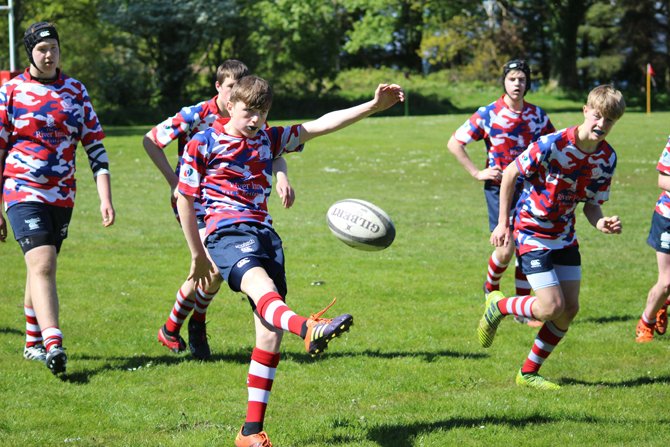 Whitecraigs scored again before Ali Dickson got his only try of the game in the 56th minute with some typically direct and powerful running. Cruickshank slotted over all three of his conversions in the second half taking the final tally to 61-26. It was a great way for the boys to sign off for the year and they were very deserving cup final winners.