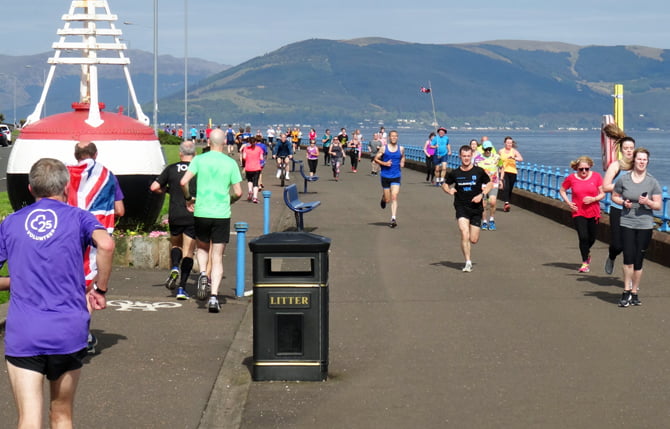 GREENOCK parkrun was blessed with warm sunshine for its fourth birthday, as 148 runners –- including nine first-timers — completed the weekly five-kilometre Esplanade event. 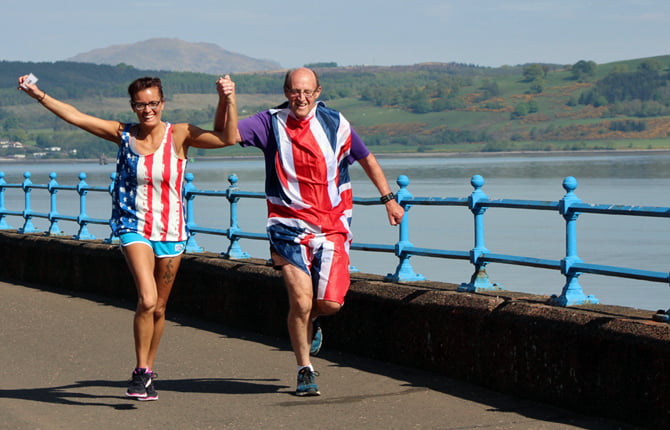 There was a British/American theme on Saturday to celebrate the Royal Wedding with a sea of UK and US flags decorating runners’ clothing. The runners were clearly in a hurry to watch Harry and Meghan’s wedding with 28 managing to lower their times and achieve a new personal best (PB).

Andrew White’s period of good form continued with his second parkrun PB in successive weekends to lower his time to 16:29. The consistent, high mileage training is clearly paying off for Andrew as he has achieved marathon and 10-kilometre PBs in recent weeks.

Claire Melville continued to improve her times with a sixth PB from her last seven runs. Her enhanced training for the Glasgow Women’s 10-kilometre event is paying dividends at parkrun.

Junior runner Alan Mollins also smashed his PB by almost 90 seconds in his third run at Greenock. The ever-improving Claire Monaghan reduced her time to a fantastic 22:19. 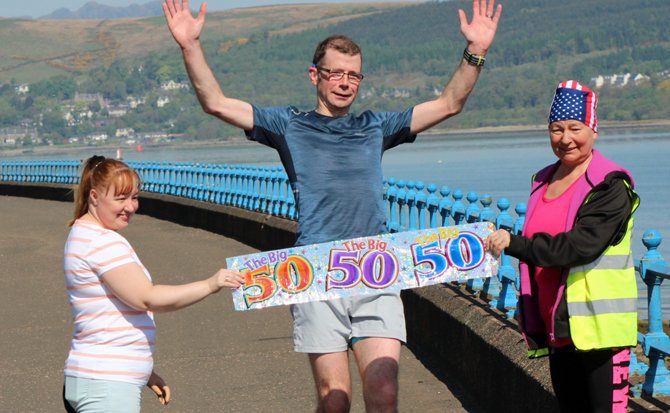 Two runners entered the parkrun milestone clubs. Malcolm McLean achieved his 50th parkrun. He completed his first parkrun in January 2017 in just over 25 minutes. His consistent running over the past year has seen his times drop to sub-20 minutes. 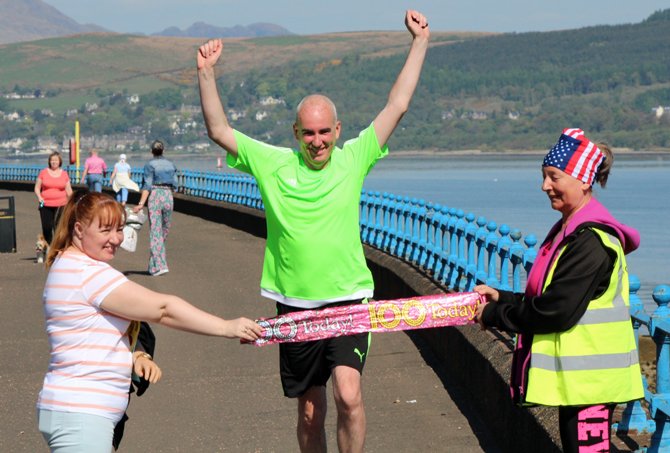 Gerry Gillespie began his fitness adventure in July 2015 and has now completed 100 parkruns in the last three years dropping more than 12 minutes from his initial time. 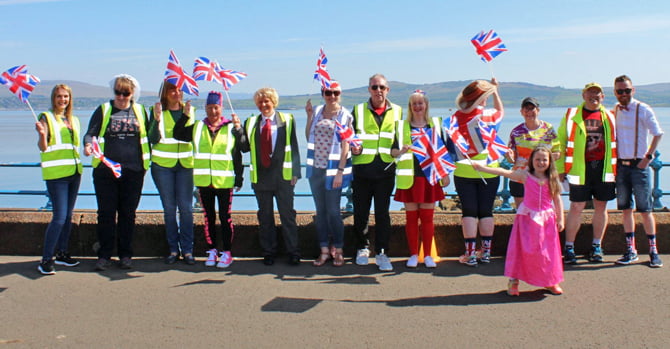