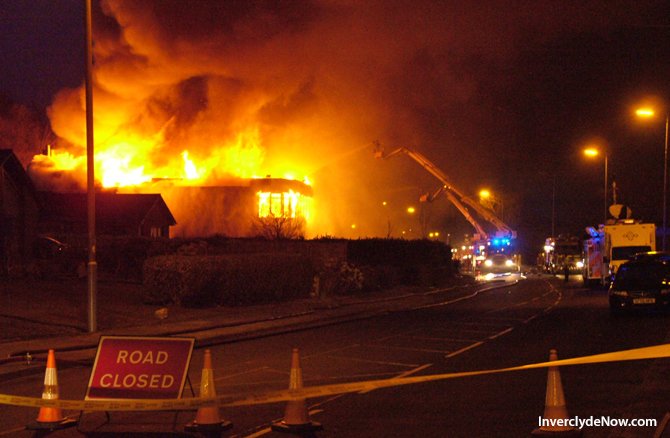 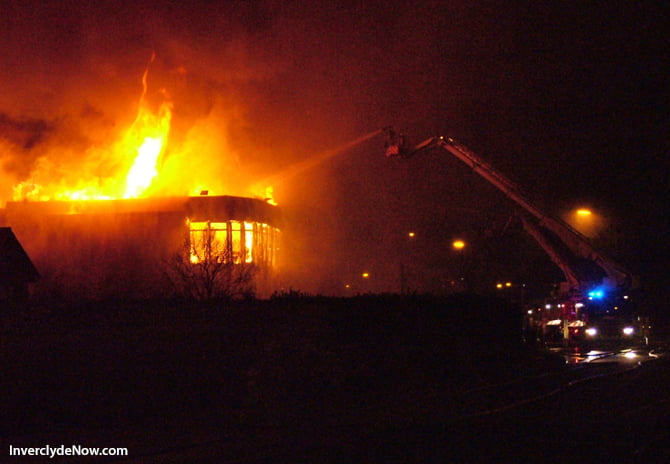 The scene at 7.15am, more than four hours after the alarm was raised

Firefighters were called at 3am to the blaze at the three-storey building on Cloch Road.

Crews tackled the incident for many hours, pumping water from the Clyde. 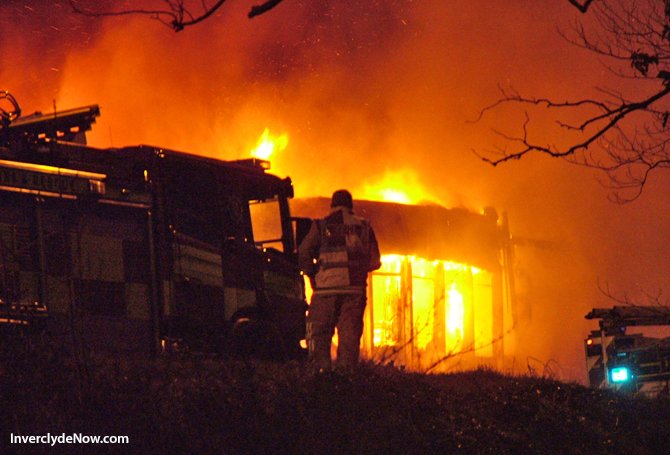 At its height about 45 firefighters were at the scene. 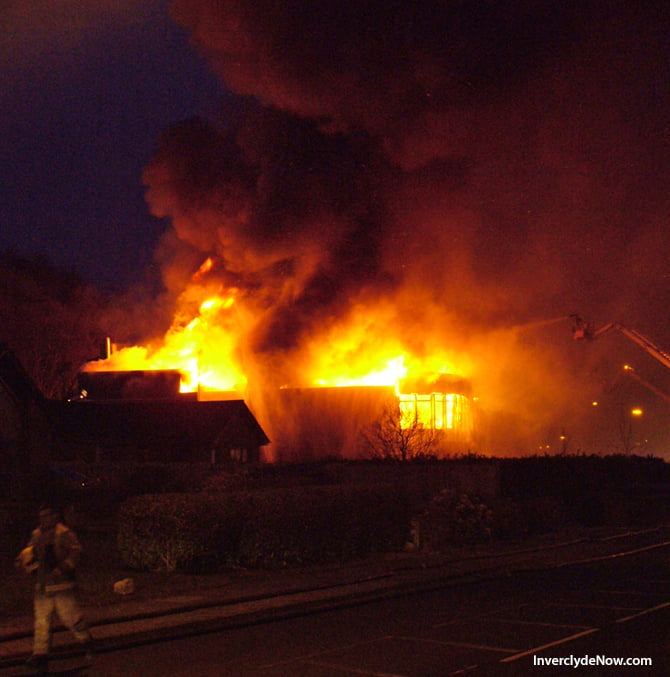 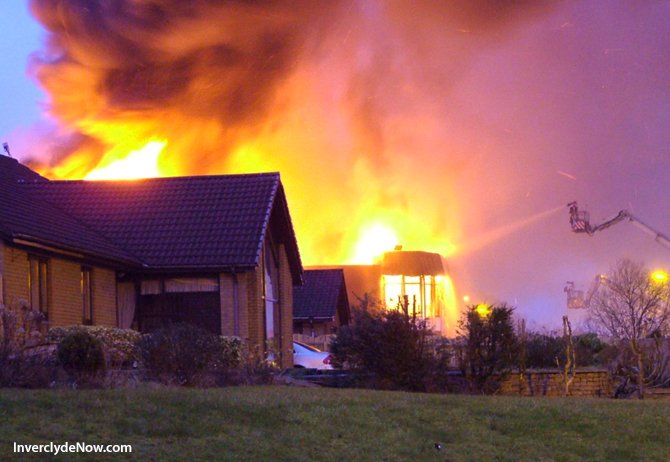 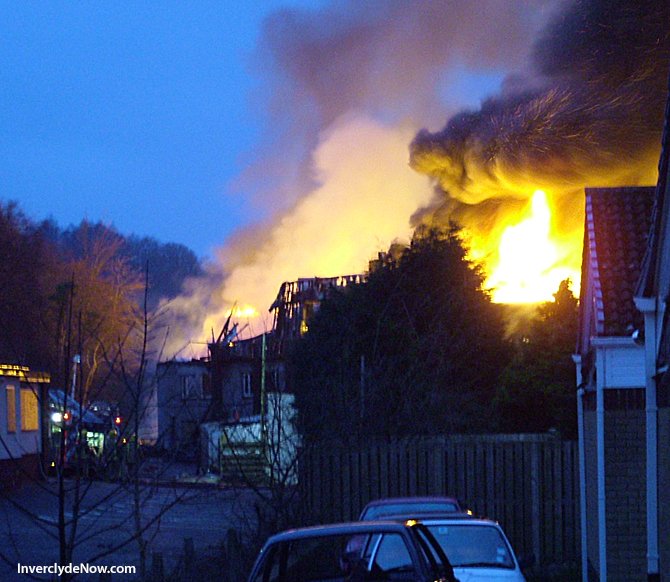 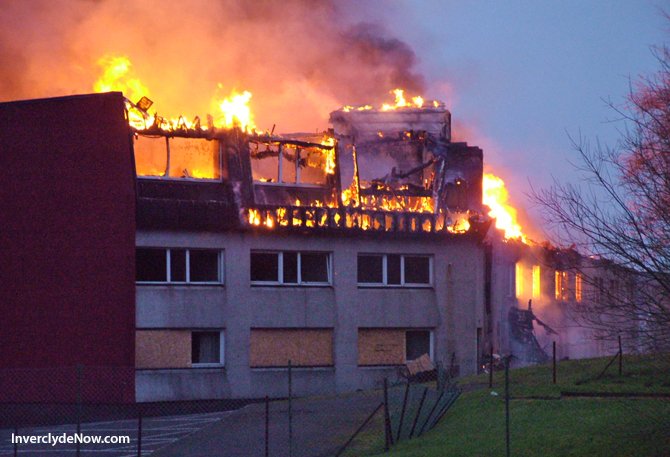 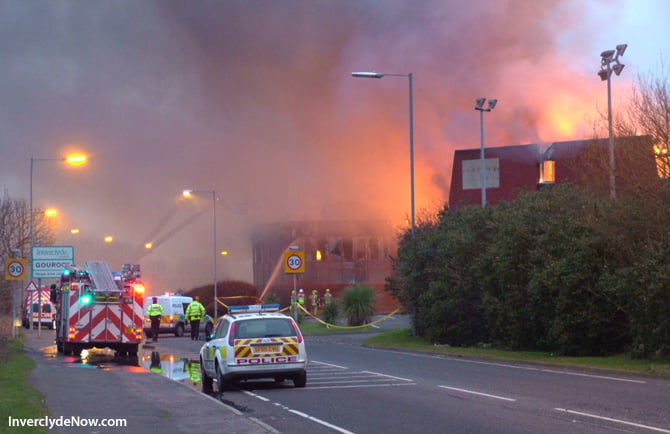 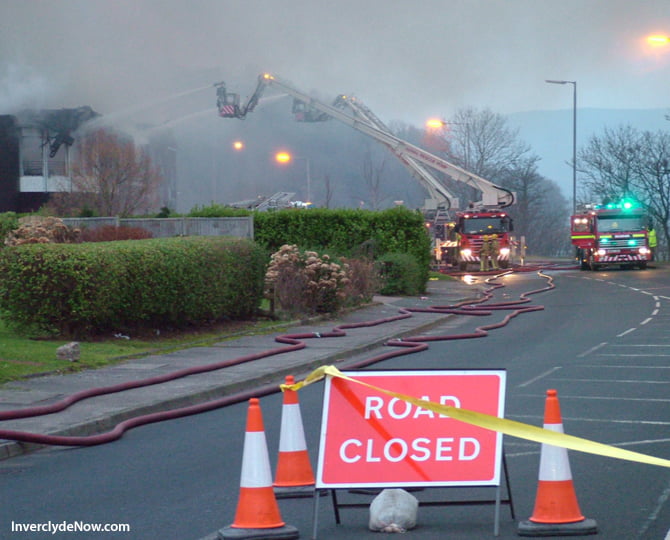 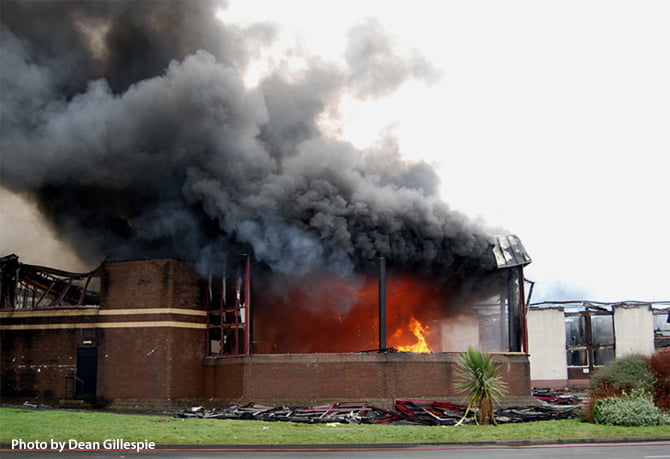 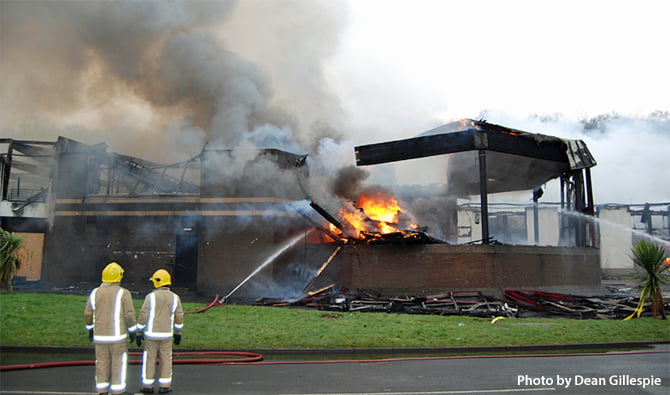 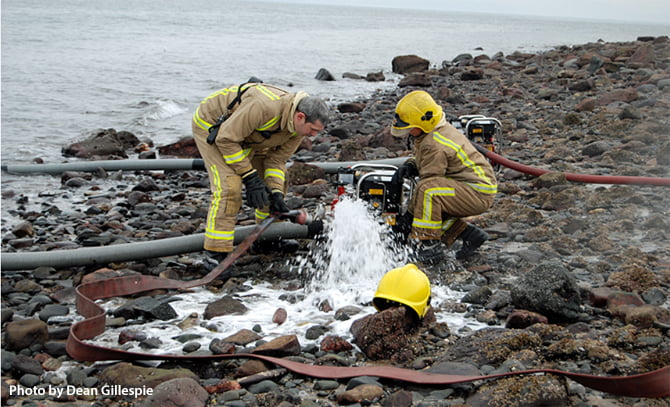 The site was later cleared and now has flats on it.