A JURY has found John Docherty guilty of murdering 16-year-old Elaine Doyle in Greenock in 1986. 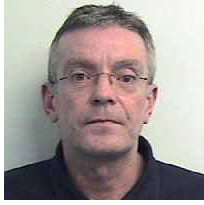 He had denied strangling the teenager whose body was found in a lane 50 yards from her home in Ardgowan Street. Docherty (49), who now lives in Dunoon, will be sentenced in August. The verdict comes after weeks of evidence at the High Court in Edinburgh.

|  How police persistence finally paid off

Police issued a statement from Elaine’s mother Maureen who said: “We [Elaine’s family] take this opportunity to thank all the police officers and staff who have worked on Elaine’s enquiry from 1986 until now. Particular thanks must also go to Frank Mulholland, the Lord Advocate, who was kind to my late husband, Jack when he met him three years ago and who has followed the progress of the enquiry since 1986 and John Scullion, for prosecuting the case at court. 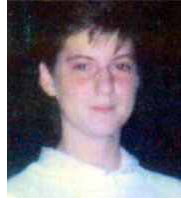 “The people of Inverclyde have lived this nightmare with us for the last 28 years and have always supported our family. The result at court doesn’t make our day-to-day living any easier -– the pain doesn’t go away, but, my son John and I take comfort that we now have justice for Elaine, which is all we, especially her dad Jack campaigned for.”

Detective Superintendent Bobby Hendren: “I am extremely pleased with today’s verdict. This investigation has always been about Elaine Doyle and her family and bringing the man responsible for her murder to trial. I would like to pay tribute to her mum and brother who have continued to support us throughout this investigation and I am sorry that her dad is no longer with us to hear the verdict. I can only hope that today’s verdict brings them some comfort.

“I would also like to thank the people of Greenock for their continued help and support in the past 28 years. I, and all the officers who worked on this investigation, are well aware that the senseless murder of Elaine has cast a long shadow over the town of Greenock and we would not be where we are today without their support.

“I would also like to take this opportunity to thank the Scottish Police Authority Forensic Scientists for their help. They have continually looked for new ideas and new ways of working to help this investigation. Their support was vital in bringing John Docherty to justice.”