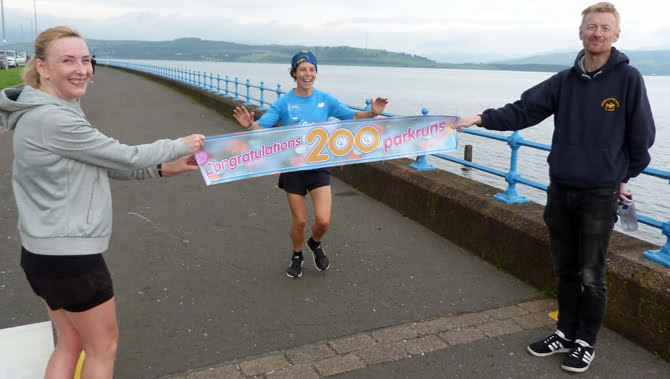 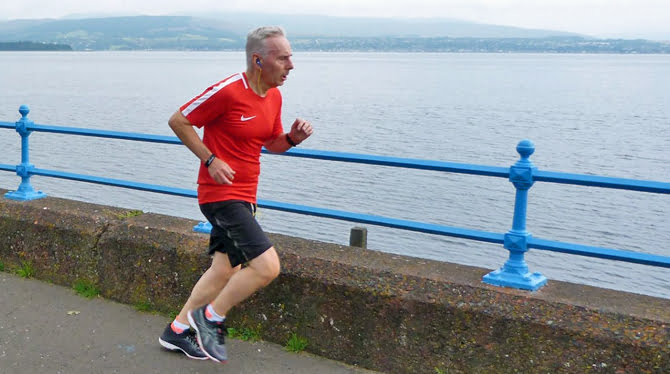 Alan O’Rourke, below,, Malcolm MacLean and David MacDiarmid, above, all reached their 100 parkrun milestones. 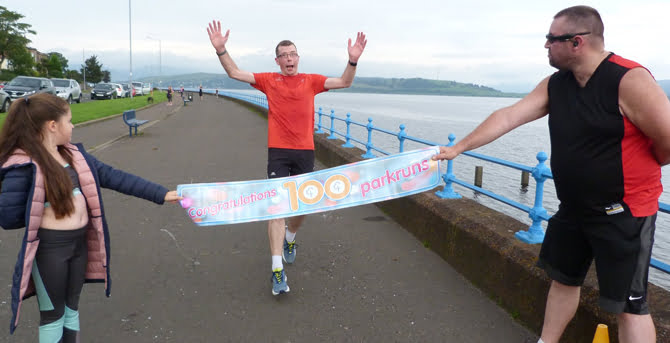 Out of the 126 people taking part in the five-kilometre run, 14 achieved personal best (PB) times including Adam John Real, who earned his fourth PB in a row, and Alex Henderson who has had a few PBs over the summer and has now managed sub-27 minutes.

Helen Crawford continues to improve steadily and is now getting close to 28 minutes.