INVERCLYDE finished their league campaign with a five-wicket victory in a tense low-scoring game at Gourock Park.

Captain David Thomson won the toss and decided to bowl first with the wicket and outfield still damp from the recent poor weather, and Inverclyde’s bowlers and fielders responded with their best form of the season.

Opening bowlers Tom Watson and Paul Singh applied pressure from the start with their accurate medium pace, and Watson achieved early breakthroughs to remove the two opening batsmen Swift and Clark, both caught behind by Gareth James. Paul Singh then bowled the experienced Lindsay, and Dave Cooke held a good catch low at short extra cover to leave the visitors at 16 for 4 after 10 overs.

Watson picked up his fourth wicket when Gareth Smith took the catch in cover, but Martin and Boyd steadied the Gatehouse innings with patient batting until Frederick Smith broke the partnership with the ball of the day when his leg spin deceived Martin to take the off-stump. Chris Dick, after a slow start, then found a good length, and trapped Stennus leg-before and bowled Broun.

The returning Singh took his second wicket when Boyd was perhaps unfortunate to be judged leg-before and the innings closed on 60 in the 39th over when Cammy Gunn had Davidson caught by Thomson at mid-off. Inverclyde had bowled well on the difficult wicket, with Watson taking 4 for 10, Singh 2 for 14, Dick 2 for 13, Gunn 1 for 3 and Smith 1 for 11, well backed up by the fielders holding five catches. 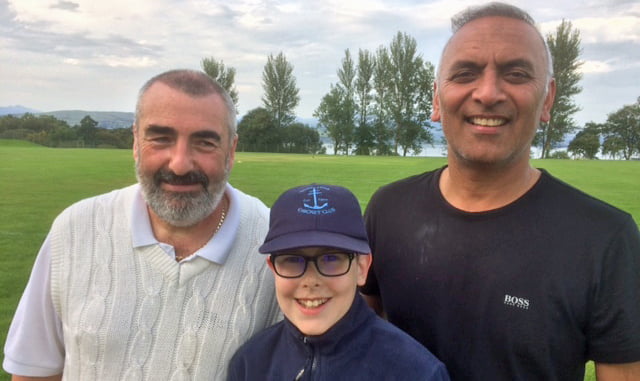 Inverclyde’s reply to the low total got off to the worst possible start when both openers were dismissed in the first two overs. James and Gareth Smith then batted cautiously until James hit a fine boundary but was then caught and bowled for seven by Lindsay when trying a repeat. Smith was then caught at short extra cover when he mistimed his drive to leave Inverclyde in an even poorer position than the visitors had been at 13 for 4 after 11 overs.

Thomson and Stuart Callison carefully took the total to 32 in the 26th over until Thomson was bowled by Swift. Douglas Pilkington joined Callison, and an early boundary, patient batting and good running between the wickets turned the game back in favour of the locals. The experienced pair guided their side through to a comfortable victory in the 37th over, when Callison steered the ball through gully for the winning run to finish on 27 not out to complete a fine innings on a difficult batting track and slow outfield.

This was a welcome victory for Inverclyde at the end of a season badly affected by poor weather during which Inverclyde were only able to start eight and complete six out of a scheduled 16 league games.

Inverclyde have their final match of the season on Saturday at 1pm at Gourock Park when they play the traditional friendly against former players of their former club name Scotts. There is also a cricket fun day planned, to involve the growing junior membership. All current, past and junior players are invited.