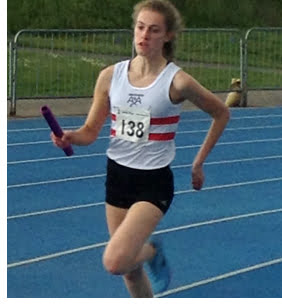 Despite being in the under-20 age group, Georgia was contesting the senior category.

After a very fast first bend, Georgia settled into race mode, facing the stiff headwind on the back straight. A mature approach saw Georgia glide past some of her competitors.

As they approached the final bend, an increase in speed pulled Georgia into the top three.

On the home straight Georgia was stride for stride with one of the country’s top athletes until 60 metres to go when Georgia opened a gap which she held to cross the finish line claiming victory in the fastest 400 metres time of the day and a season’s best time.

Georgia then followed this up with an aggressive leg in the four by 400 metres relay where she pulled her team Aberdeen AC into a top-three finish securing major points for them.