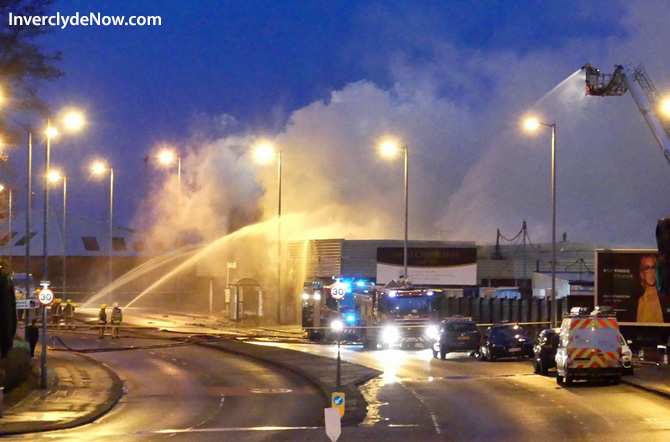 FIREFIGHTERS tackled a major blaze that devastated a Greenock factory.

Numerous crews were called to the incident which destroyed the McKechnie Jess food processing factory beside the A8.

The alarm was raised about 3.20am (Wednesday). 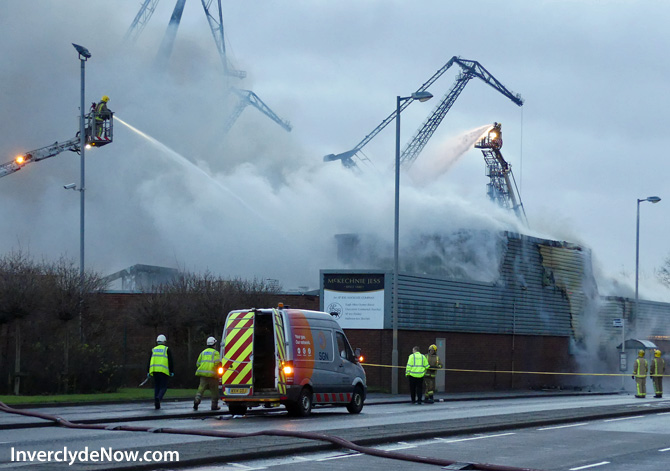 Six fire engines with 35 firefighters attended at the height of the incident.

Two high-reach platforms were used as part of efforts to extinguish the fire.

No one was injured. 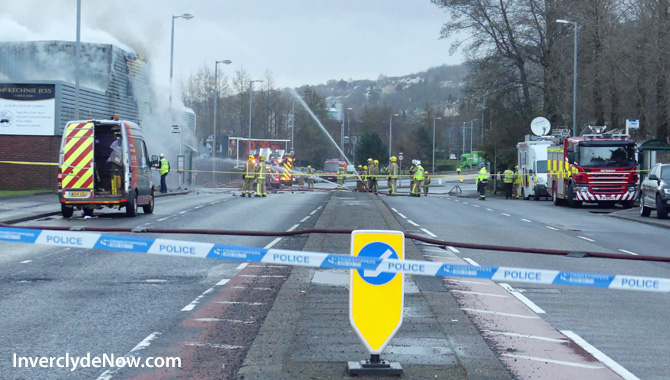 Mark Gallacher, a group manager with the Scottish Fire and Rescue Service, and one of the officers in charge of the incident, said: “This was a significant and challenging fire and our crews have worked tirelessly through the night in very difficult conditions.

“We tackled the fire on a number of different fronts.” 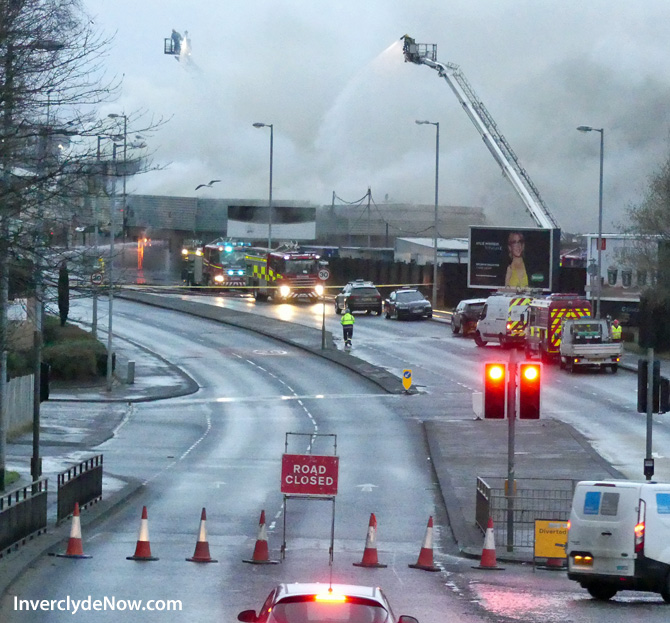 The A8 was completely closed for around 24 hours causing massive traffic problems.

Early on Thursday, traffic started running in both directions in a contraflow on the westbound carriageway. 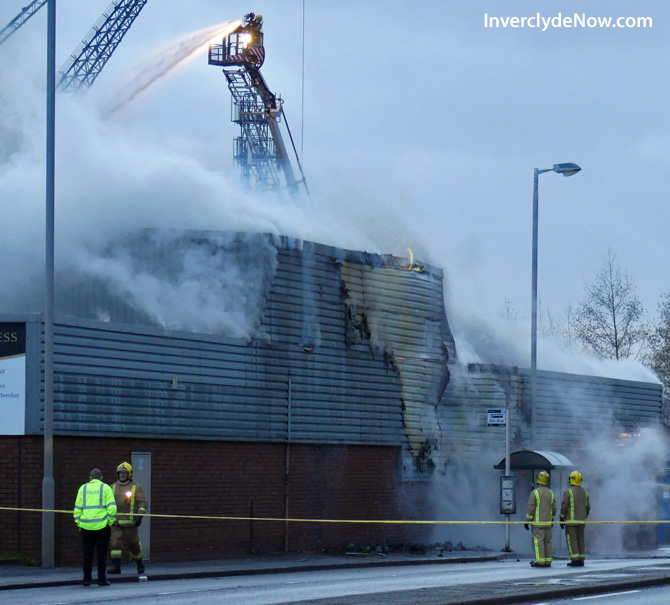 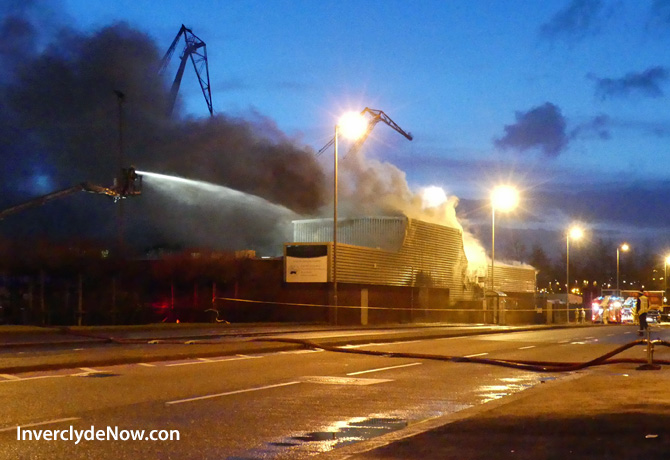 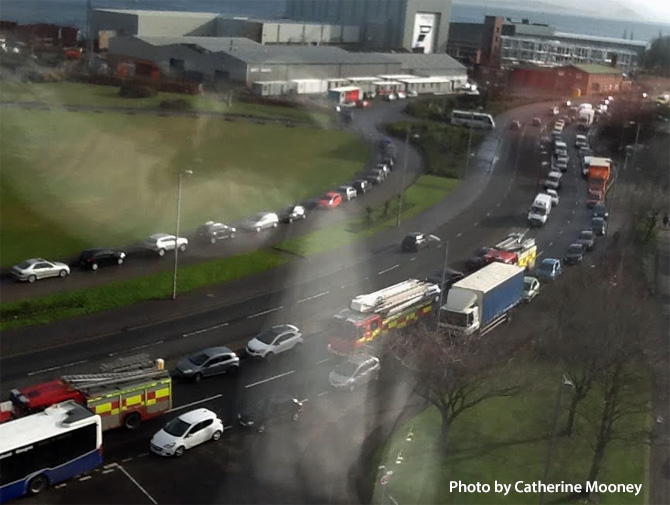 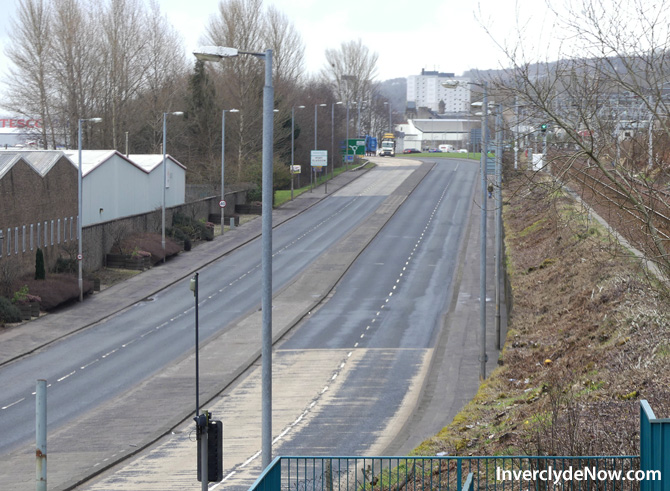 The deserted A8 at Port Glasgow