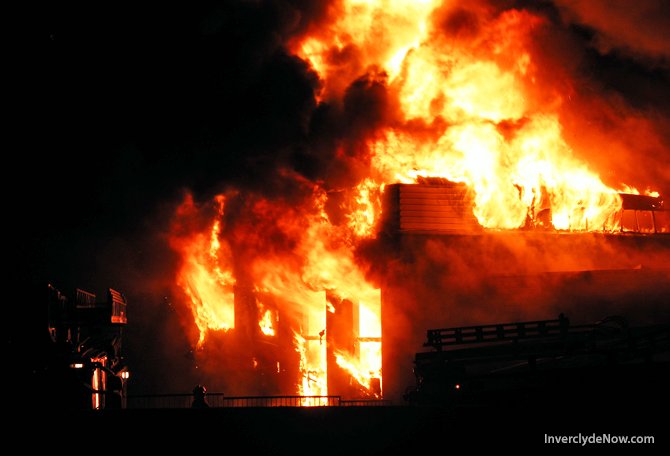 Fire crews were called to the building in Grampian Road around 9.10pm on Sunday 12 October 2008.

Four units including a high-reach platform were called in but were unable to halt the flames which were fanned by a strong wind. 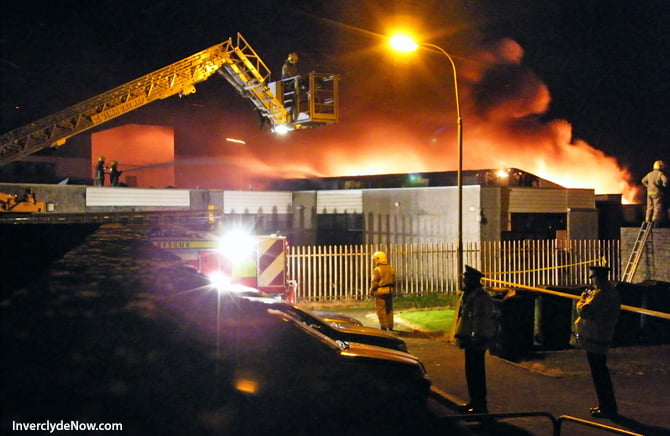 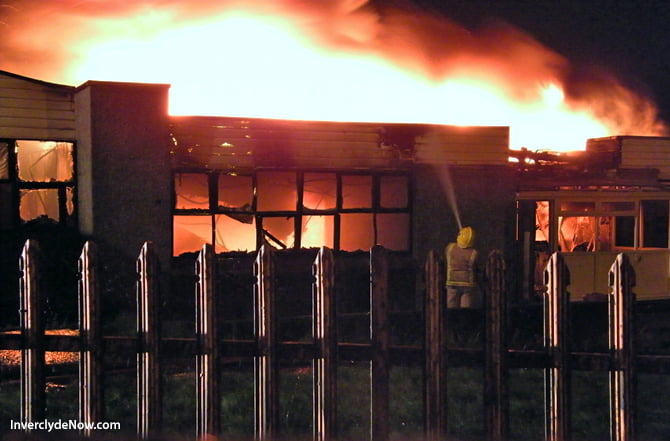 The fire spread from a classroom at the rear of the building to the rest of the structure.

Around two hours after the alarm was raised the old gym hall erupted in flames forcing firefighters to move their vehicles in case they too caught fire.

The fire was raging well past midnight as many residents watched. The whole roof and interior of the building were destroyed. 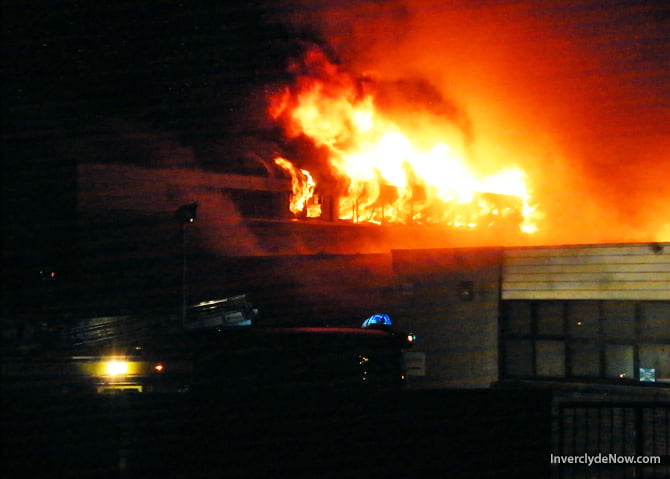 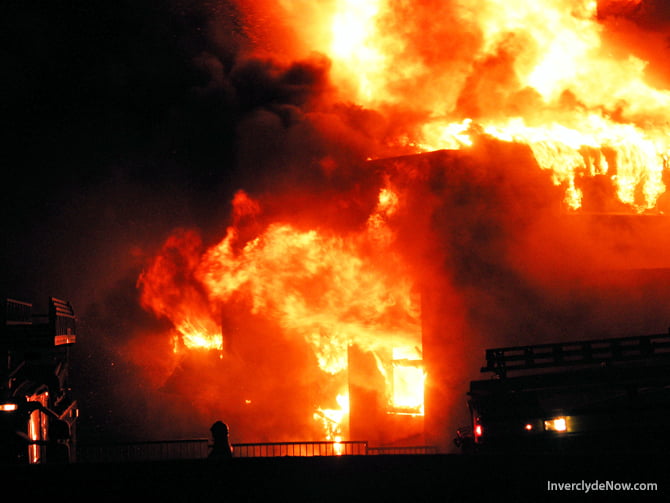 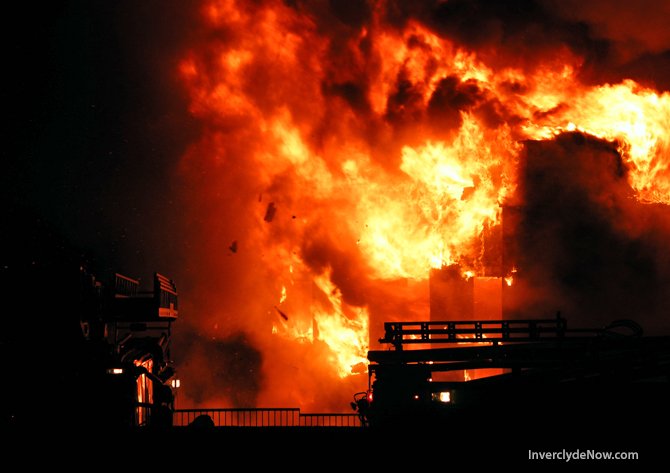 The incident was treated as wilful fire-raising.

Slaemuir School had moved to the new Newark Primary in August that year. 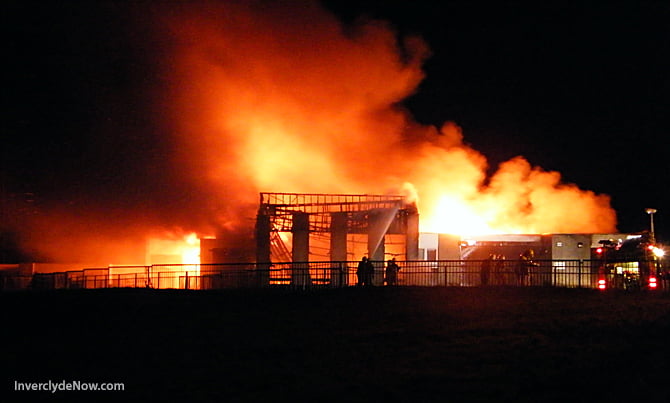 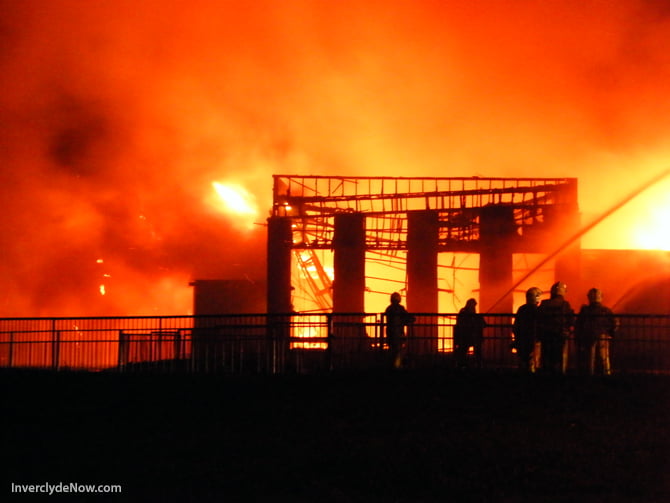