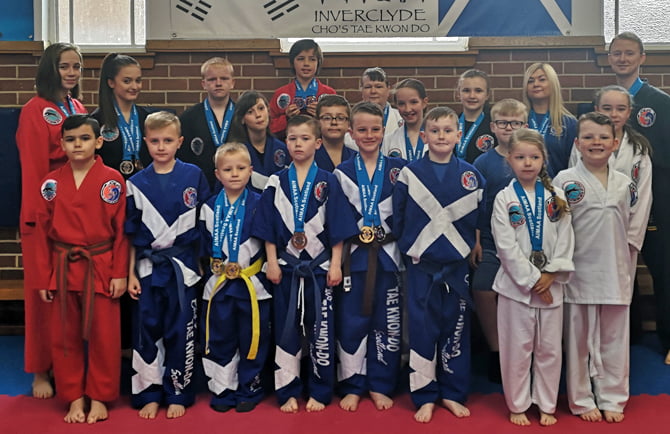 The annual event, held at Notre Dame High School, attracted 160 competitors from three countries and five different associations, competing in the disciplines of patterns, point sparring and continuous sparring in over 78 division.

Local students managed to hold on to six Scottish titles, with another nine silvers and 9nine bronze, collecting a total of 24 medals.

Anyone interested in joining Inverclyde Cho’s Tae Kwon-Do can log on to www.inverclyde-taekwondo.com or contact Master Boyle on 07901 828863 or Gillian Boyle on 07908 715883 or call in at the training facility at 11A George Square, Greenock.

Classes are offered to students from the age of 3½ upwards every Monday, Wednesday and Friday. A free trial week of classes is available.