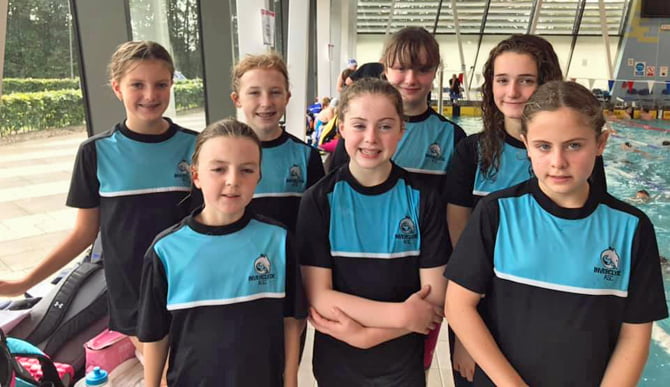 A 19-STRONG team from Inverclyde Amateur Swimming Club travelled to Stirling for the autumn open meet.

This was a level-two competition, meaning the standard of racing and risk of disqualification was high. Overall, the team was pleased to be close to their best at the start of the new season, with half of the races producing personal best (PB) times and 32 medals won. 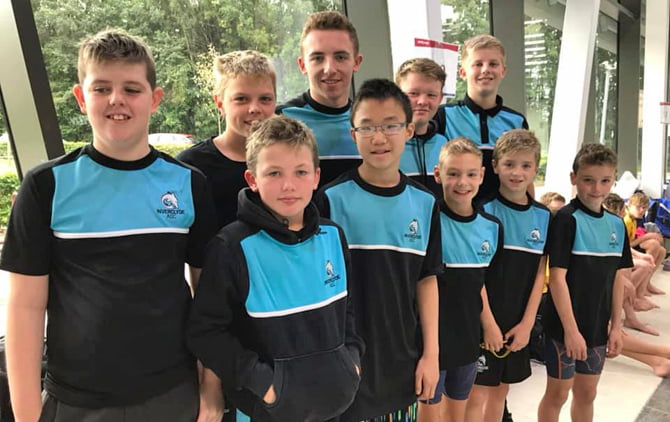 A trio of 10-year-olds led the medal haul as Archie McArthur, Mirren McConnell and Cameron Beck swam exceptionally well to dominate their age group and take home 18 medals between them.

Archie McArthur achieved five gold medals and three PBs on a day of high emotion. It started well for Archie with a win and a PB in the 100-metre individual medley (IM), but he was then disqualified from his next two races for technical infringements. Archie showed maturity and resilience beyond his years to keep his concentration and composure and came back fighting in the afternoon with wins and PBs for the 200m IM and 100m breaststroke. He then kept up the winning streak with victories in the 100m freestyle and 50m butterfly. 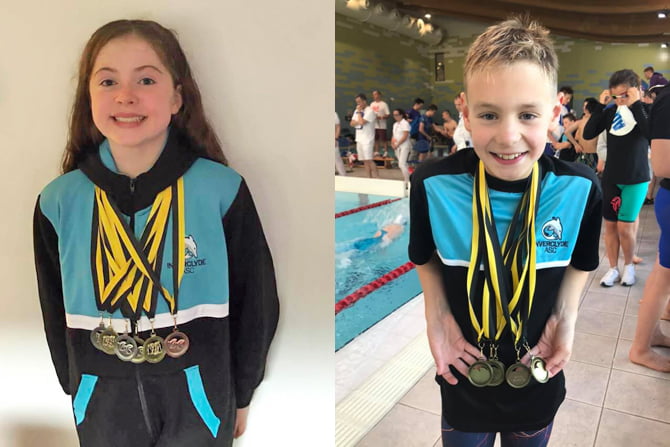 Mirren McConnell won triple gold with three new PBs in the 50m backstroke, 100m backstroke and 100m freestyle. She was close to her best times in the 50m butterfly and the 100m IM, in which she was rewarded with silver medals for her performance, and took bronze in her last event, the 50m freestyle.

Aaron Gray made it gold, silver and bronze with a couple of new PBs along the way. He took gold and a PB for the 200m IM, silver for the 100m IM and bronze for the 100m butterfly. He set a new PB in the 100m breaststroke and produced strong, fast swims in the 50m butterfly and 100m freestyle.

Girls’ club captain Molly Cannon took a gold and a silver away from the meet for the 100m IM and 50m butterfly respectively. Molly was disappointed not to beat her best times, but her swimming was consistent and no doubt she’ll beat her already fast times throughout the season.

Luke Garrity had a packed schedule of nine races, winning bronze in the 200m IM and setting new PBs in the 100m butterfly, 100m backstroke and 50m breaststroke. He kept up his concentration to produce great swims in many of his other events, particularly the 50m freestyle and backstroke.

Isabella McClafferty took bronze for the 100m butterfly and set a new PB in the 100m freestyle. She swam well in her remaining three races, getting close to her best each time.

Despite not medalling, other swimmers had a successful meet with many new fast times being set -– a reward for their continued focus on training over the summer break. Darren Macleay made solid progress chipping away at his times with four new PBs out of five races. New times were set for the 50m freestyle, the 50m and 100m breaststroke and the 100m backstroke.

Both Holly Beck and Lucy Campbell made impressive starts to the competition, before illness began to affect performances. Both set new PBs in their first three events: the 200m IM, the 100m breaststroke and the 100m freestyle, but as the day wore on the girls were fighting hard to swim at their best. Both were rewarded with a final PB each in the afternoon session: Holly in the 100m backstroke and Lucy in the 50m breaststroke.

Coach Andrew Dyer said: “After months without competition it can take a while for swimmers to get their racing sharpness back, and the judging meant even the slightest errors led to disqualification. The number of PBs was really encouraging and hopefully all swimmers can build on this momentum throughout the season.”