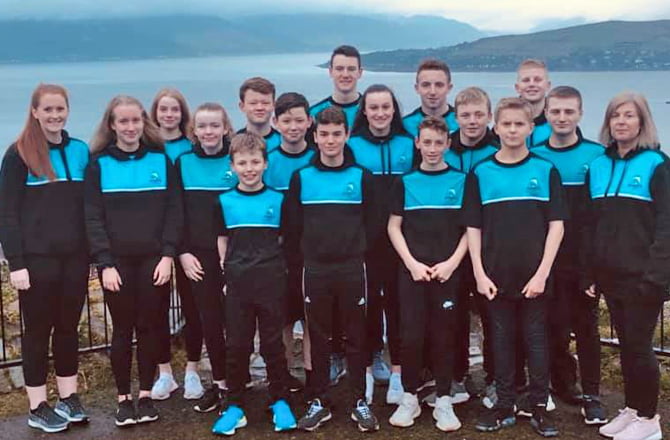 Hopes were high for a successful meet, but few would have dared dream of the success that was to unfold across the five days of competition. Overall, the team finished 18th out of 102 teams –- the first time in the club’s history that a top-20 placing has been achieved. There were six Scottish champions, four gold medals, five silver medals, one bronze, 12 additional finals qualifications and multiple personal best (PB) times and improved national rankings.

One of the two busiest swimmers, Matthew Garrity swam in eight individual events in the 15-year-old age group and had the competition of his life. Matthew won gold and was crowned Scottish champion in the 100-metre and 200-metre breaststroke with two new PB times. He won silver and was crowned Scottish champion (as the fastest Scot competing) in the 200-metre and 400-metre individual medley (IM) with another two great PBs. 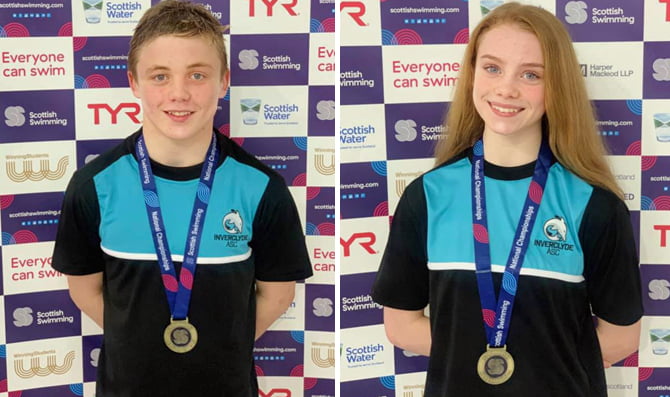 Fellow 15-year-old, Aimee Watson, was also competing every day in eight individual events and returned another superb set of results. Aimee won gold and was crowned Scottish champion in the 50-metre and 100-metre breaststroke and won silver in the 200-metre breaststroke and 200-metre IM. In addition to the medals, Aimee qualified for the final of the 50-metre butterfly, in which she finished seventh. She came 13th, 16th and 22nd in the 100-metre butterfly, 50-metre freestyle and 100-metre freestyle respectively.

Thomas Cannon showed his versatility by qualifying for seven individual events in which he either matched or improved his ranking and set five new PBs. Swimming in the 17 to 18-year-old age group, Thomas also made the finals of five events. His best results came in the breaststroke, in which he finished fifth in the 200-metre, sixth in the 50-metre and seventh in the 100-metre events.

He also achieved a seventh-place finish in the 400-metre IM. In the 100-metre backstroke, Thomas qualified for the final in 10th place, but withdrew to focus on his 200-metre breaststroke the same night. An 11th place in the 50-metre backstroke and 13th in the 200-metre IM completed a very successful meet for Thomas. 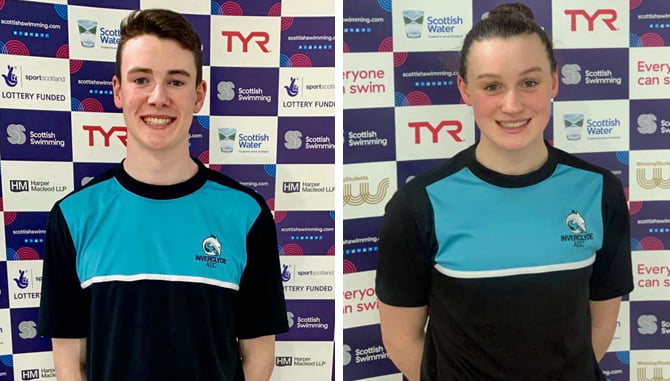 Sister Molly was also busy, swimming in three individual events: the 50-metre, 100-metre and 200-metre breaststroke. It was another great result for the Cannon family, with Molly making all three finals in the 15-year-old age group category. She swam new best times to finish eighth in both the 50-metre and 100-metre events, way ahead of her 16th and 21st place seedings. In the 200-metre event, Molly swam to a sixth-place finish, just outside her PB but ahead of her ninth-place seeding.

Aaron Gray was swimming in two individual events for the first time: the 16-year-old 100-metre and 200-metre butterfly. Aaron came to the event after a great run of results, and his confidence showed. In the 200-metre event he finished as first reserve and was unlucky not to make the final. The 100-metre event came later in which he achieved a superb new PB to finish 13th.

Kian McNelis qualified individually for the 200-metre and 400-metre freestyle in the 16-year-old category and put in strong performances in both events to secure top-20 finishes. Oliver Patton and Lewis Gray were also competing in their first individual SNAGS events, both in the 13-year-old age group. Oliver swam in the 100-metre and 200-metre backstroke and Lewis in the 50-metre breaststroke. Both boys put in a solid performance and gained invaluable experience for future national events. The 14 to 16 boys’ team took on three relay events, setting new PBs and finishing ahead of their seeding each time. 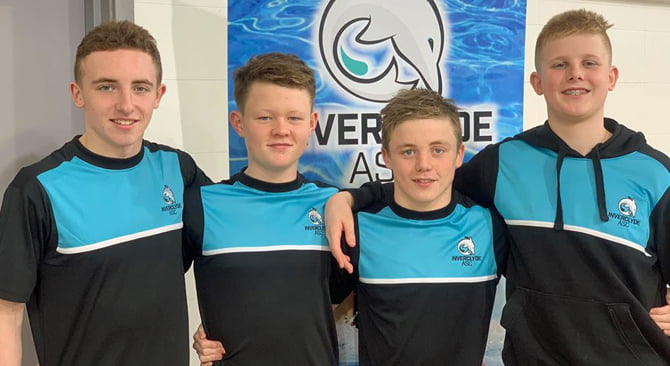 The 14 to 16 girls’ team also performed well to score two out of three PBs and exceed their seedings. 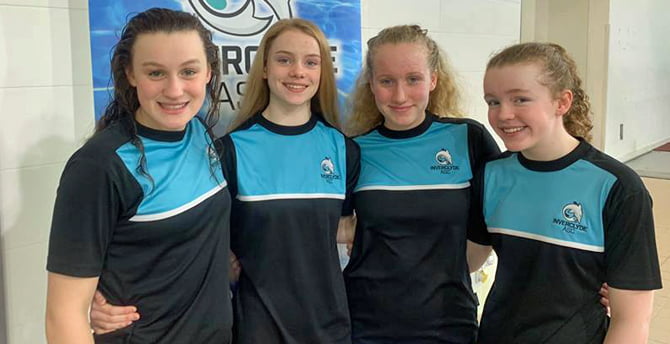 Ashleigh Blyth and Anna McClafferty made up the team with Aimee and Molly, exceeding expectations against much older and more experienced competition. 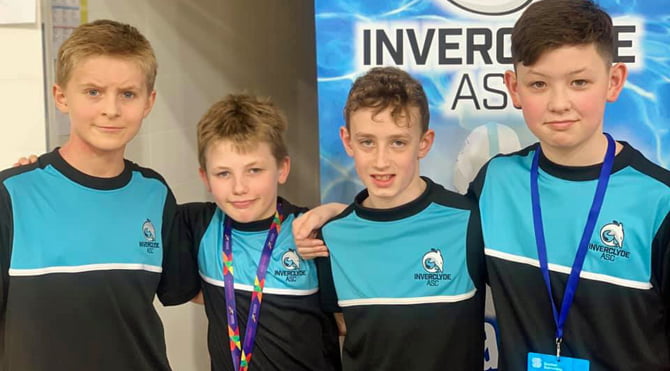 The club also had a mixed team — Molly, Matthew, Aaron and Aimee — competing in the 14 to 16 age group, which managed to grab a superb sixth-place finish in the 4×100-metre medley with a new PB.

Head coach Shirley Reford said: “The preparation in the lead up to SNAGS was intense and the workload required from the swimmers was very tough. The performances overall were outstanding in both team and individual events. Finishing 18th out of 102 clubs was a magnificent achievement, considering we are a relatively small club. I’m extremely proud of how we performed at the top level.”