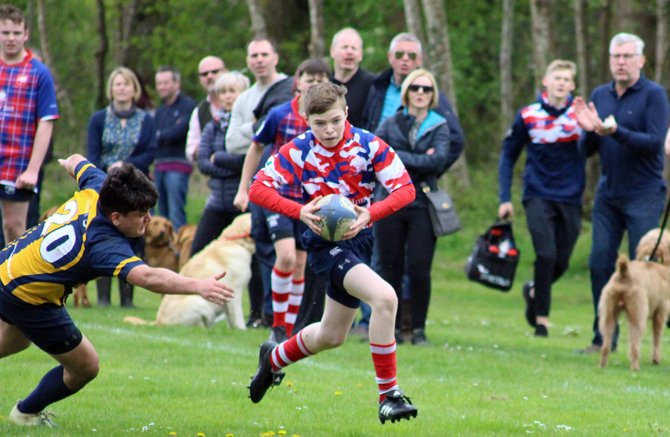 The game was tougher than the score line would suggest with both sides well matched physically. The first 10 minutes were even until Rhu Hart bulldozed his way over the line from 10 metres out to open the scoring. David Cruickshank slotted over the conversion.

The Kilmacolm side played disciplined rugby throughout. Missing their top try scorer and winger, Adam Hannah, and with outside centre Thomas McKeown, who was carrying an injury, starting on the bench, the initial line-up had to be shuffled. 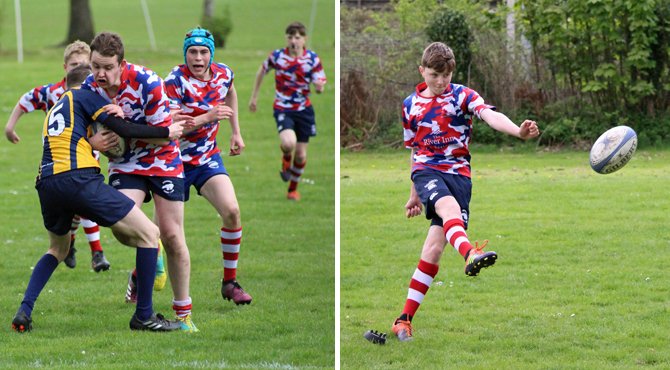 The boys played a slightly tighter game than normal earning the right to go wide as required. From the first score, Birkmyre gradually took control and, on the 21st minute, Archie Keogh went over for the second try. There was a further try by Ben Skinner shortly before the half, and the two conversions were added, leaving the boys leading 21-0.

In the second 30 minutes, the boys played with the same intensity and the opposition began to lose their discipline and found themselves being penalised for chatting back to the referee.

In the 35th minute, Thomas McKeown broke free in his own half and ran three-quarters of the pitch to touch down under the posts for an excellent solo effort. By then, Waysiders heads were firmly down and in the 52nd minute second row, Ali Dickson, rumbled over from 10 metres out to score. 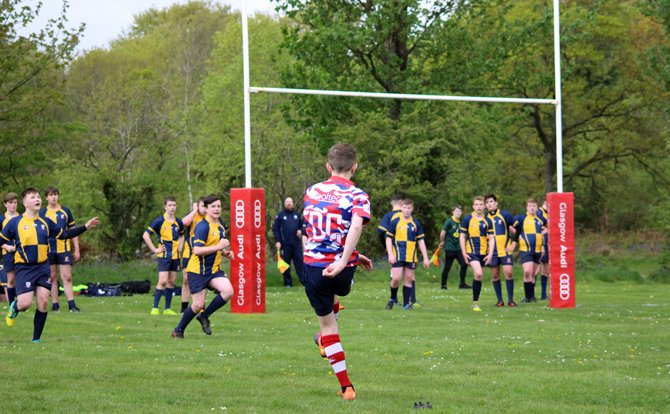 With the final play of the game, Ben Skinner scored his second of the match and David Cruickshank slotted over two of three conversions in the second half to take the final score to 40-0.

Birkmyre will now take on Whitecraigs in the final which is scheduled for 12 May at Parklea.