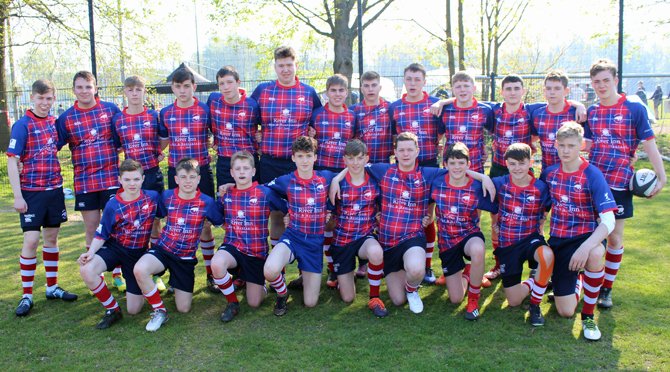 BIRKMYRE Rugby Club under-15s returned home with silverware having finished third in their age group at the Hilversum International Youth Festival in The Netherlands.

The tour party from the Kilmacolm club was made up of 22 boys, four coaches and 14 parents.

For preparation, the team played against The Pickwick Players, based in the town of Deventer, which hosted the Kilmacolm based team. Birkmyre enjoyed a 56-7 victory.

The tournament at Hilversum, in its 20th year, attracted 85 teams from seven different countries from as far afield as South Africa, ranging in age from seven to 18.

Birkmyre — the only Scottish side — played four 20-minute matches, winning two. Their group was very competitive and, because of a superior points’ difference, having won their first match against the hosts 26-0, they finished in third spot.

Wirral, who defeated Birkmyre in the group stage, made the final and played the winners of Pool A, Crosyceiliog from Wales, losing 19-0.

After the match, two of the team, Sam Craig and Fin Gray, took to the stage with their bagpipes to entertain the players and crowd.