READERS’ Photos — Bus Overturned On A8 Greenock In 1970s 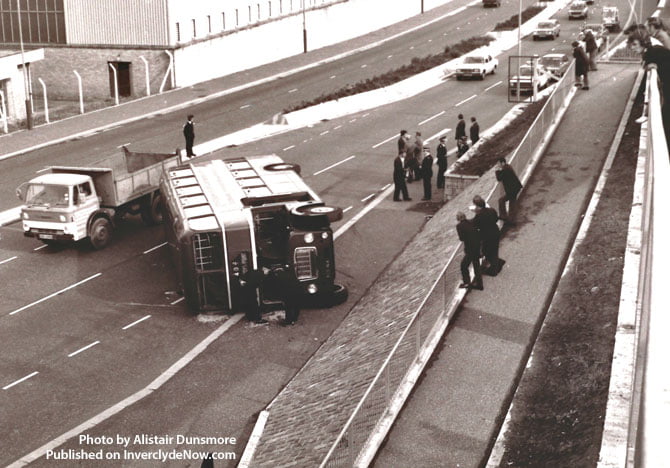 INVERCLYDE Now’s article about a whisky lorry overturning in Greenock 15 years ago reminded reader Alistair Dunsmore about a much older incident involving a bus in the 1970s. 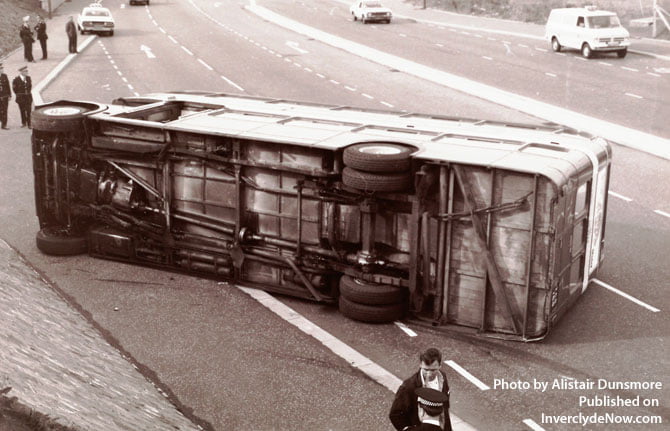 Alistair said: “The Western SMT double decker bus, bound for McInroy’s Point, overturned at the entrance to Bogston railway station and I was able to get some pictures of that.

“Unfortunately, I don’t have the date but I don’t think the ‘new’ section of the A8 had been opened all that long.

“I’m not sure how the accident happened but as you can see from the tyre marks, it obviously had veered sharply to the left.”

UPDATED:  Reader Eric Webster has provided a newspaper cutting which dates the accident to Monday 20 September 1976. Three people who were detained in hospital were described as “fairly comfortable” and 22 others had minor injuries. 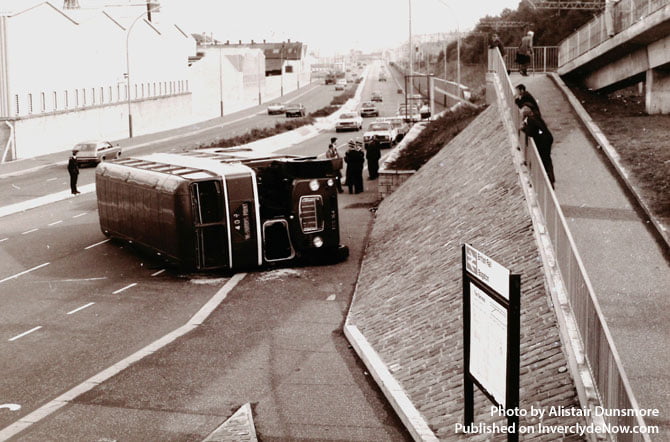 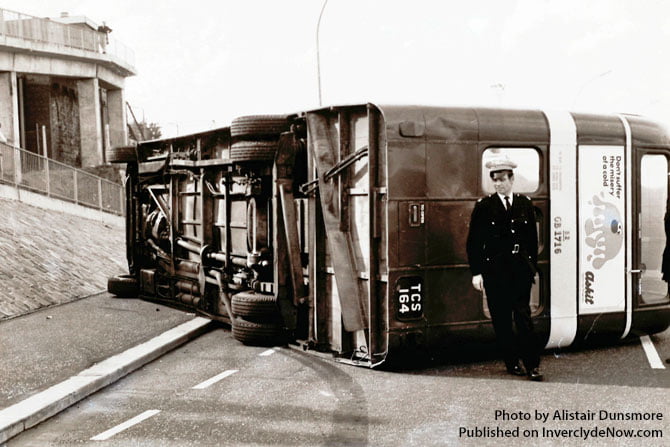