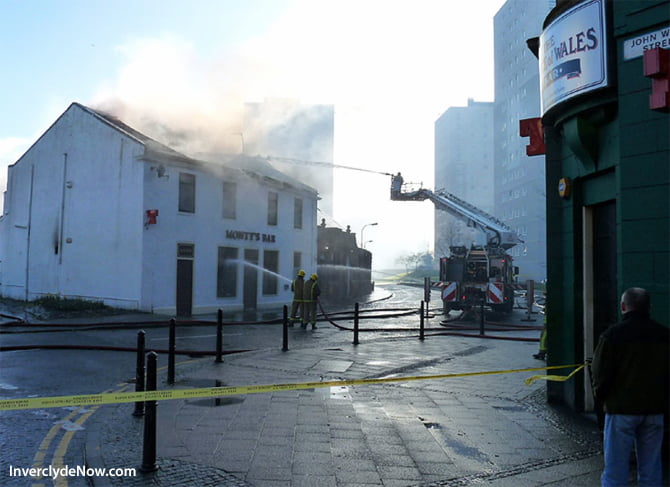 Monty’s Bar in Bay Street was devastated by the blaze which was reported about 4.50am.

The roof of the two-storey building caved in, destroying the interior. 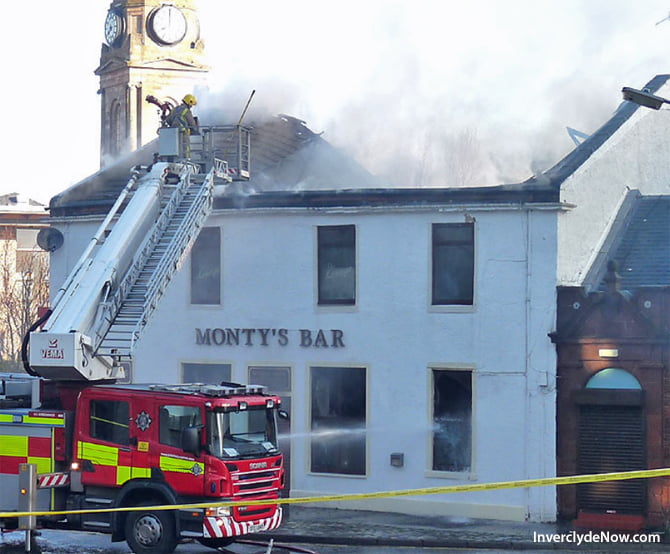 The premises had only recently been refurbished but were not trading because there wasn’t a valid licence.

Detective Inspector John Dearie said: “It’s a bit early to say what has happened. We are treating the fire as suspicious. The person who was in charge of the pub was there until 4pm yesterday.”

He urged anyone who saw any activity at the pub after 4pm or anyone behaving suspiciously there to contact police on 01475 492500. Door-to-door inquiries will take place.

Building control experts are checking the safety of the building before a forensic examination can take place.

A fire was deliberately started at the bar just a few weeks ago causing some smoke damage to the premises. 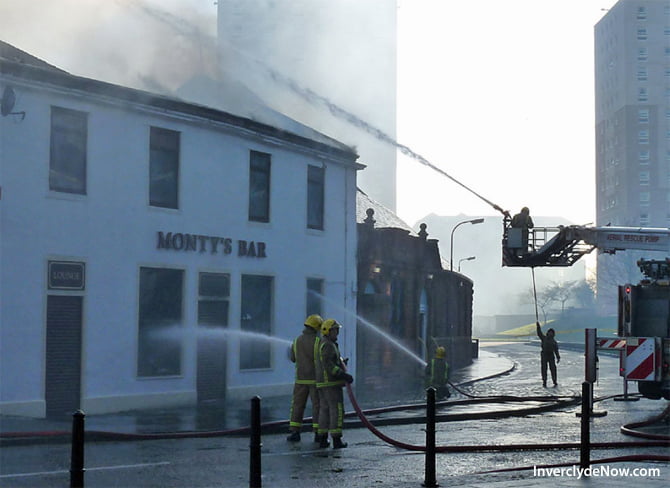