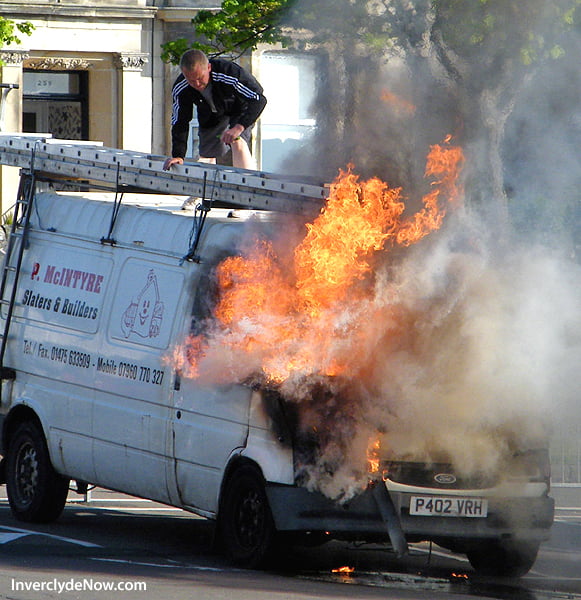 Patrick McIntyre had just been travelling in the vehicle with his eight-year-old daughter and her friend, aged nine. 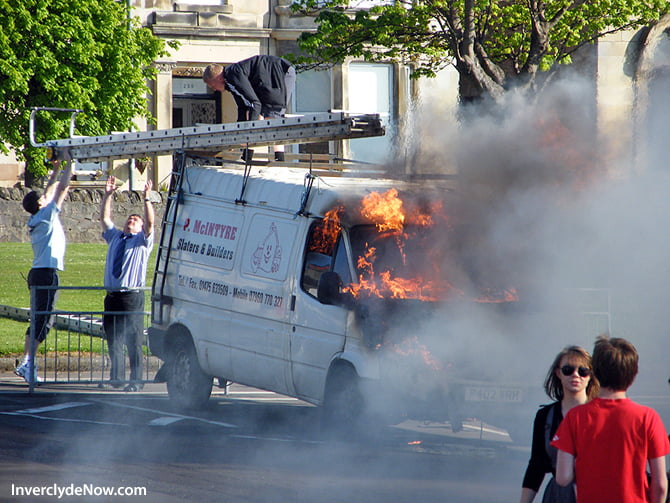 Mr McIntyre, a roofer based in Gourock, climbed on to the Ford Transit van to retrieve his ladders with the help of a friend and a passerby.

Firefighters quickly put out the blaze which started just before 6pm. 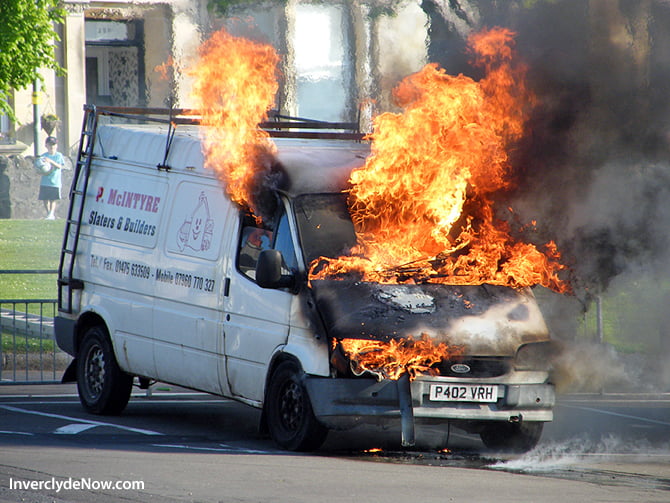 Mr McIntyre had gone to the park to see his son football training. He said: “The van started making a funny noise about 100 yards from the park. I parked and switched off and then smoke started coming out of it.

“You just don’t expect something like that to happen.” 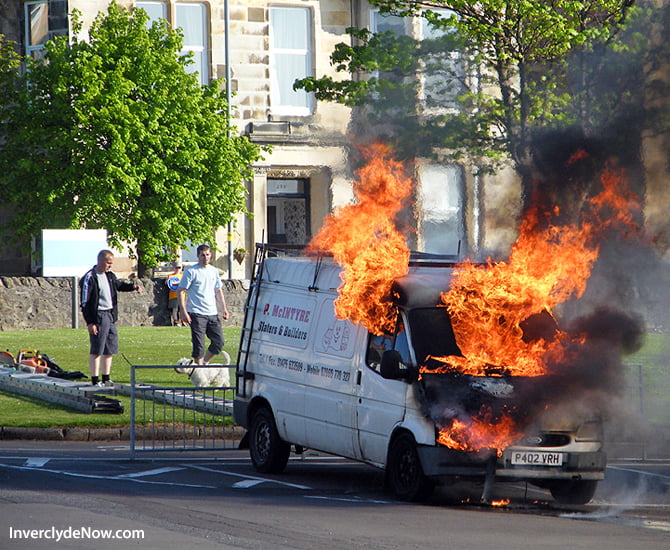 Most of his tools appear to have survived and Mr McIntyre hoped to quickly replace the van. 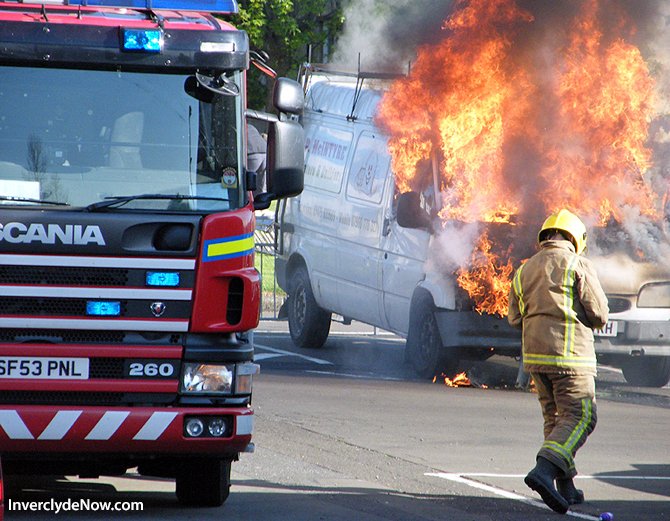 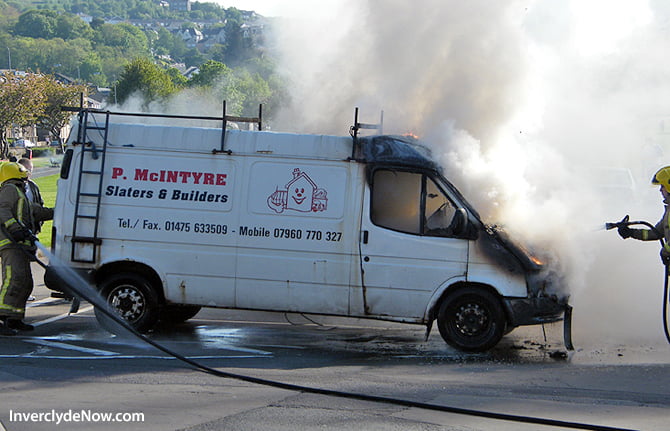