A NEW course record was set at Greenock parkrun as 107 people took part in the weekly five-kilometre event on the Esplanade.

Ryan’s time was the fastest at any parkrun in the UK this weekend. 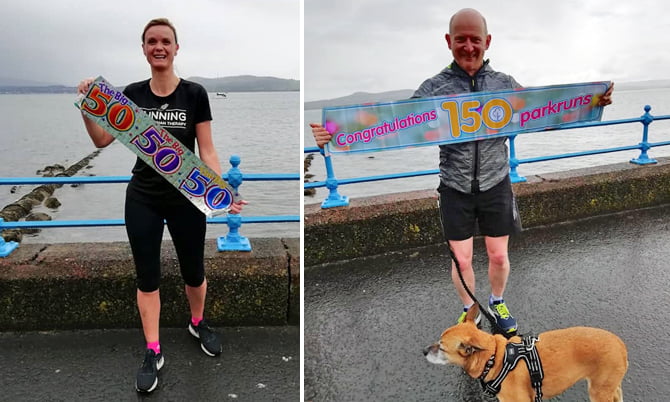 Fiona first went along in February 2016 and has completed 48 parkruns on the Esplanade with the remaining two being at Drumchapel and Alness. She has also managed to volunteer numerous times.

Stephen started parkrunning in June 2014 and has completed 143 of his runs on the Esplanade. There is no t-shirt available for reaching 150 parkruns, but Greenock parkrun still like to celebrate the achievement. Stephen is also a regular volunteer, and has completed many of his parkruns with his friendly dog Abby.

Greenock parkrun was delighted to see Emma Benstead back running after getting her last session of radiotherapy on Tuesday. 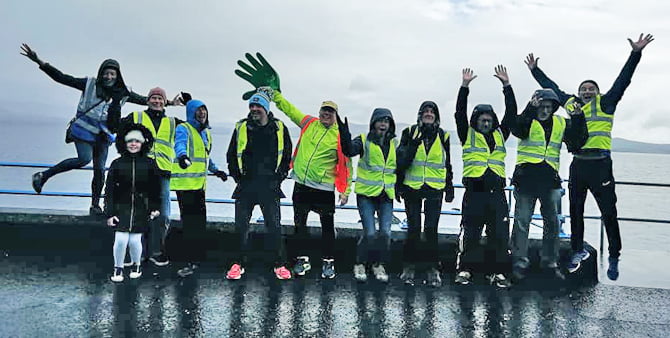