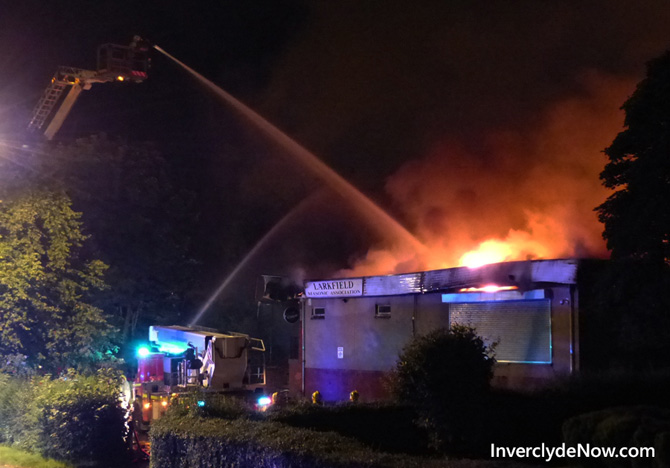 A FIREFIGHTER was seriously injured when a wall collapsed during a large blaze at a former social club in Greenock overnight.

Seven crews — including two high-reach vehicles — were called to the old Larkfield Masonic Association premises in Auchmead Road just after midnight. Flames were still visible coming from the building four hours after the fire started. 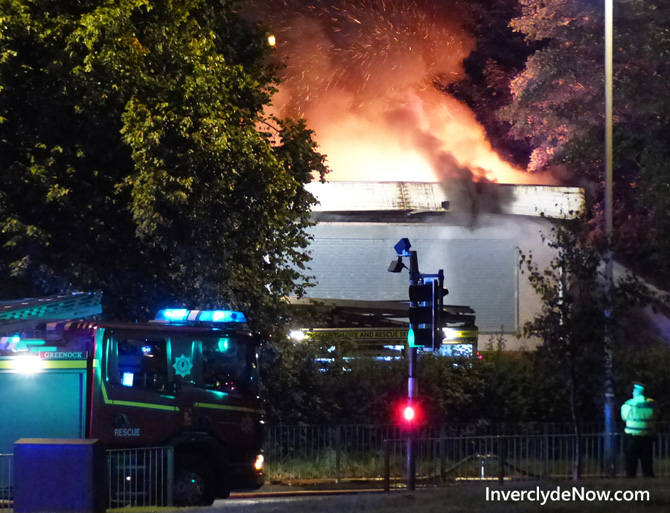 A Scottish Fire and Rescue Service spokesman said: “The fire had broken through the roof of the property and 24 firefighters were engaged in fighting the fire.

“During this operation one of our firefighters was injured following the collapse of an external wall. He was taken to Inverclyde Royal Hospital where he remains in a serious condition.

“The Scottish Fire and Rescue Service is offering full support to the firefighter, his family and his colleagues at this very difficult time. We are conducting a detailed internal investigation.

“The Scottish Fire and Rescue Service is also working with Police Scotland to determine the cause of the fire which is currently being treated as suspicious.” 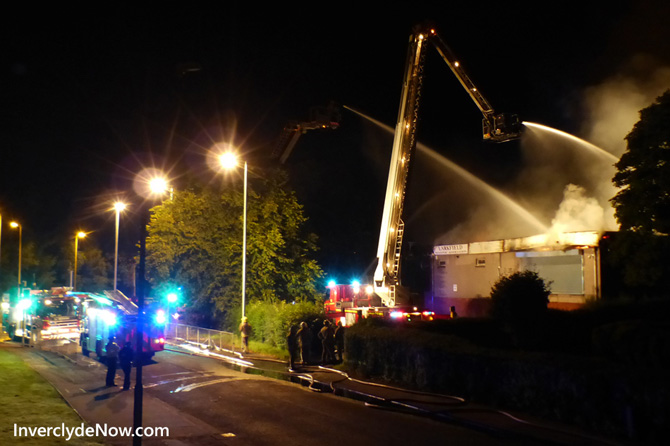