HALF Century Celebration For Greenock Parkrunner

GREENOCK parkrun welcomes 117 participants on Saturday including one runner celebrating her 50th parkrun.

Ten people were doing their first Greenock parkrun, and three were taking part in their very first parkrun. 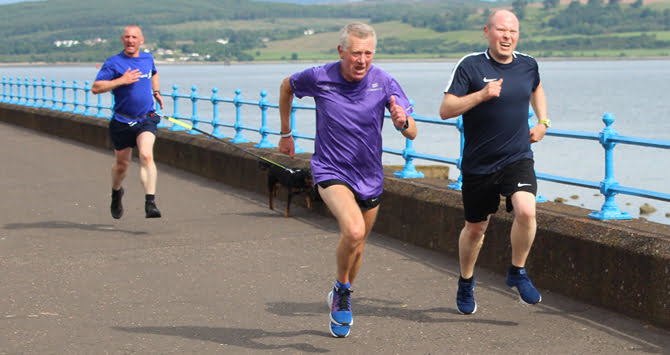 Sixteen people improved their times on the five-kilometre Esplanade course — including Eric Lindsay, pictured above, right, who got his eighth personal best (PB) in a row. 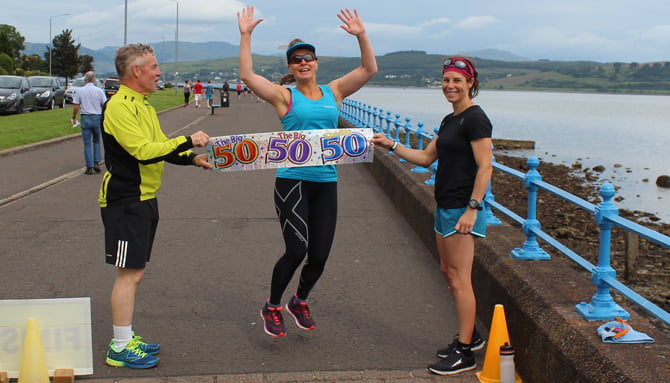 Susan Clark completed her 50th parkrun, her first being back in 2009 at Pollok.

One of the visitors was Geoff Marshall who stopped in at Greenock during a Lands End to John O’Groats trip as he was looking for a flat course. He is probably the most prolific tourist to take part at Greenock parkrun — he has run at more than 100 different parkrun locations including 55 of 56 in the Greater London area. He writes about them on his website.