A NEW female record was set at Greenock parkrun, as 123 people took part in the weekly five-kilometre event on The Esplanade.

Bryony Haines, who normally runs at Cannon Hill parkrun in Birmingham, finished in 16:54 taking 23 seconds off the previous fastest time set by a female at Greenock. She was one of five females running under 17 minutes this week in UK parkruns.

Bryony runs with Birchfield Harriers — her club mates posted both top male and female times for parkrun in the UK this week with 14:26 and 16:05 respectively.

The male record at Greenock was set on 27 April 2019 by Ryan Thomson who recorded a time of 15:02. Eighteen people managed to improve their times on Saturday. 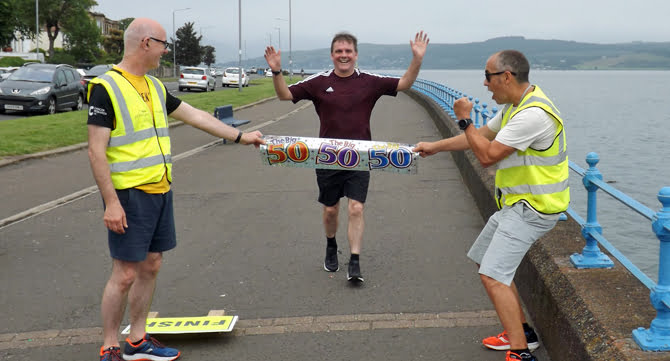 Stuart Crawford completed his 50th parkrun. All of them have been at Greenock; he ran his first back in July 2015.

There were 13 first-timers, including three doing their first ever parkrun. One of the first timers was Lynne Walton over from Brisbane, Australia. Lynne is a cousin of Chris Mooney, a Greenock parkrun regular along with his wife Lynsey and their boys. 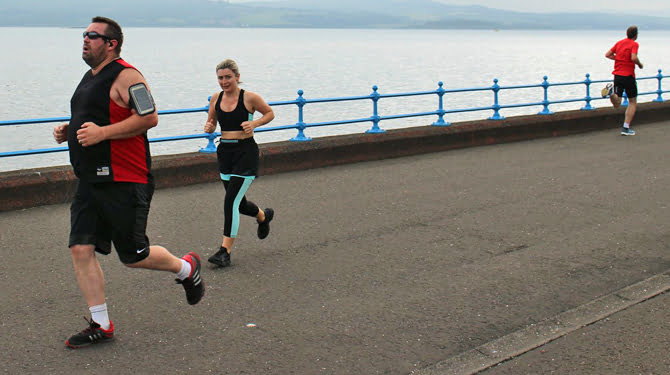 Knowing this, there wasn’t much chance of Lynne getting away with a relaxing Saturday morning, and she will be glad she did. She knocked almost two minutes off her previous parkrun best set on the banks of the Brisbane River two weeks ago.