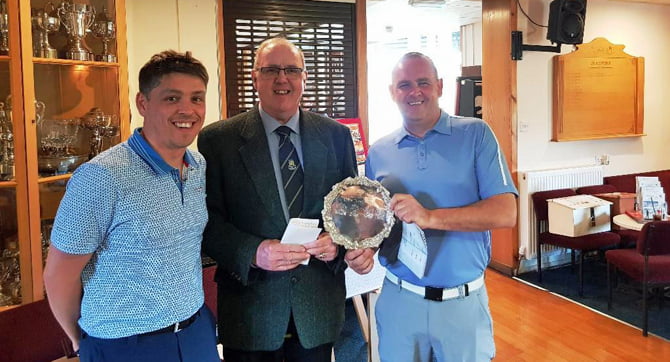 This was the ninth year of the Greenock club hosting the competition after its inception in the club’s centenary year. The wind picked up as the day went on making scoring in the afternoon a little tougher on a course in really good shape, even at this early stage of the season.

The team of John Donald, Myles Gallacher, Brian Hamil and Paul Jones (all members of the host club) claimed second place with a great performance and nett score of 52.625 (best scratch score of the day – 11 under par 57).