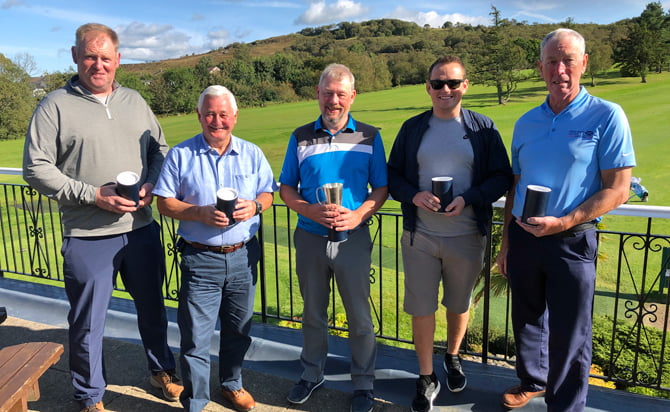 GOUROCK Golf Club hosted the Associated Clubs of Clyde ‘Wee Trophy’, a competition that dates back to 1952.

Clubs from Gourock, Skelmorlie, Innellan, Largs, Blairmore and Strone and Port Bannatyne entered teams of five players whose handicaps needed to range between 11 and 24, with the best three scores out of the five counting on the day.

In a competitive field, Largs came in third place with their three best nett scores totalling 227 which is eight over par.

The team from Innellan showed an improvement of one stroke recording an aggregate score of 226 with team member Liam Graham winning the trophy for the best nett score. Liam posted a one under par 72.

It was the host club of Gourock, however, who were to come out on top with an impressive aggregate score of 220, only one over par.

Captain of the team, Ian Samuel, playing in the last game of the day, confirmed the victory by recording an excellent gross 84, nett 72 which saw Ian claim the best scratch prize.

Thanks are due to both the staff and match committee of Gourock Golf for efficient running of the tournament and to the Committee of the Associated Clubs of Clyde for officiating.