The runners faced a cutting head-wind as they made their way up the hill from the Waterman’s Cottage and down into Cornalees. Once on to the cut itself, the runners were able to use the tailwind to get them home.

As a conceding handicap race, the runners were set out in a staggered start, with the aim of seeing them all hurtling towards the finish line at the same time. However, there was a clear winner in the form of Kevin Gill. The popular taxi driver led from near the front and was never in any danger of being caught as he swept the handicap race.

The first veteran runner across the line takes home the Tommy Knight Trophy and this year it went to new member and keen triathlete Helen Ridley who was second only to Kevin in the handicap race. Helen becomes the second recipient of the trophy dedicated to the late Tommy Knight and presented by his family in his memory. 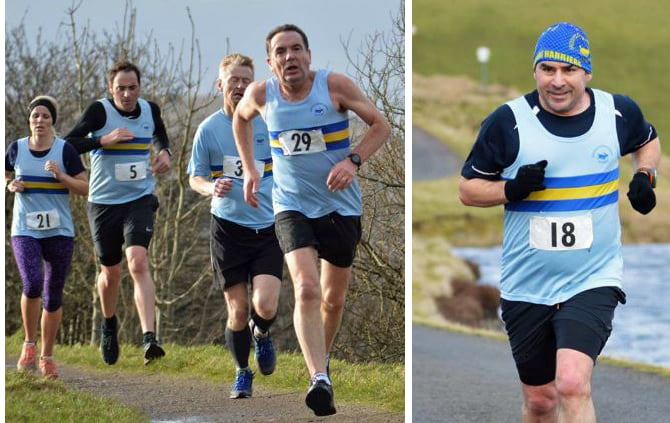 Elsewhere in the handicap race, there was a tremendous battle between two Roberts, as president Dolan battled it out with Robert Wilson Jnr who was making his return to club racing after a two-year absence. Setting off together, it was only in the last mile that Dolan got clear in a huge personal best for him for this race. This also sees him jump up to the top of the handicap championship standings alongside John Stevenson who also had a cracking race.

Among the ladies performing well in the handicap race was Debbie McKenzie securing her first top-10 finish as a Harrier. There were many individual battles along the Cut as runners vied to get as good a finish as possible. Cheryl Thomas battled her way to a good finish, and David McCorkindale, Frank McMahon and Robin McAuslan also had great runs to nestle inside the top-10 in the handicap race.

Sandra Campbell claimed the victory in a hard-fought ladies’ race, only 35 seconds ahead of Claire Monaghan. Cheryl Thomas was not far behind in third place with Helen Ridley and Marianne McKay rounding out the top five. Elsewhere there were great runs from Sharon Black, Lisa Boonsanong and Debbie McKenzie as they all tackled this route for the first time. 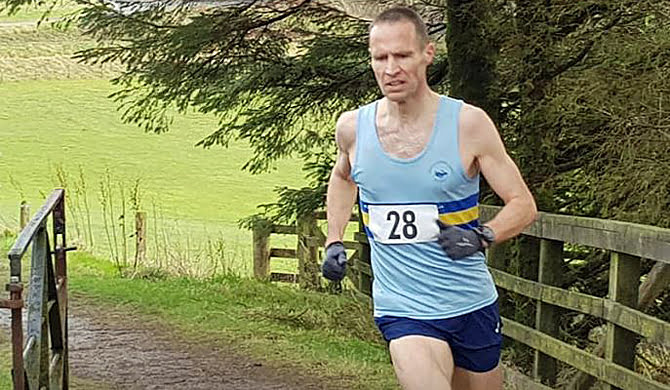 The men’s race was made very interesting with Andrew White taking advantage of the good early morning conditions to test himself at Greenock parkrun. His legs held up for the afternoon race as he ran out a clear winner in just 46.35, almost a minute clear of Paul Monaghan in second place. Paul’s run of 47.30 was also a great time for the course and shows that his high mileage is paying dividends.

Robert Dolan’s fine run of 50.15 was good enough for third place, with Robert Wilson Jnr just behind in fourth spot. John Stevenson was in fifth place — just seven seconds separated third to fifth. Andy McCall was able to nab sixth spot narrowly from Steven Campbell and there were also some personal best runs in the chasing pack with Stephen Hanley among them.

Elsewhere it was great to see young Callum Gorry complete the race in a fine time of just over 62 minutes, with this being the farthest he has raced so far. He is one of seven members now to have run every race this year. Of the 11 races in the club’s calendar, the next is the longest in the calendar — the 10-mile Docherty Cup on 13 April.

The club thank the army of volunteers who were out helping the runners get round the course safely. The club is also grateful to those who took photos and to race sponsors The Willow Bar. 42 runners were in attendance, a trend that sees our club races growing in popularity this year.