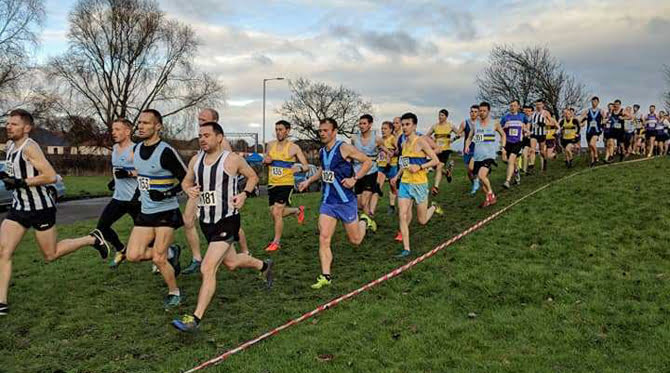 GREENOCK Glenpark Harriers were in action at the Renfrewshire Cross Country Championships at Shanks Park in Johnstone.

Kilbarchan AAC were this year’s hosts and set up an undulating two-kilometre loop around the park. The senior ladies took on three laps whilst the men tackled four laps of the course. 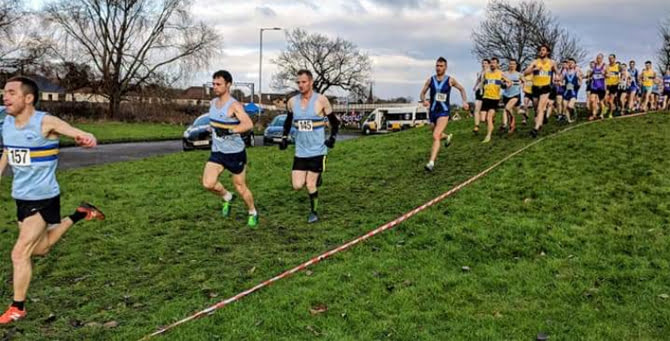 Stephen Trainer made his return to the cross country scene after his recent marathon efforts. Stephen sat in second position for the first three laps but was hampered by a groin niggle in the last lap. However he did well to hold on to third spot behind Ross Gray of Inverclyde AC and the winner, and Olympic athlete, Derek Hawkins of Kilbarchan. 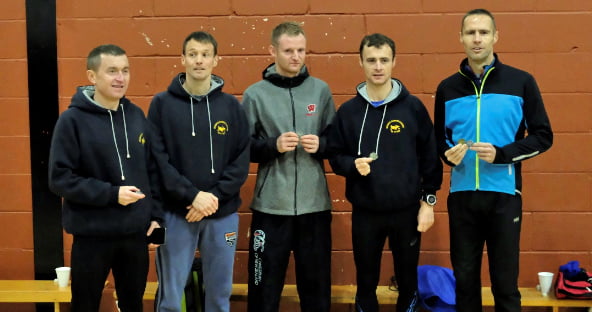 Glenpark were able to post three men in the top 10 positions, with Chris Mooney in eighth, just holding off the returning Shaun Lyon in ninth. These high positions helped the men’s team to finish in second overall position behind Inverclyde AC. Steven Campbell, Paul Monaghan and Andrew White rounded off the six counters for Glenpark. Steven was second in the Veteran 40 category and Andrew White picked up a Veteran 50 gold.

Sean Marshall’s run of just under 32 minutes was one of the other highlights as was Danny McLaughlin’s well-paced run, picking off plenty of athletes as he fought through the field. Frank McMahon picked up third place in the Veteran 60 category. 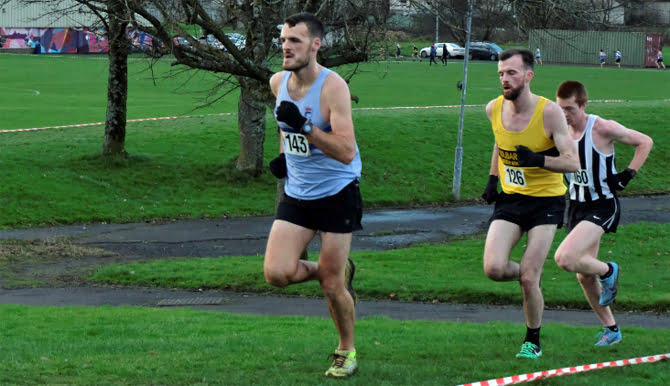 Ladies’ captain Marian Monk finished in just under 28 minutes. Claire Monaghan and Sandra Campbell followed not far behind to round out the top three counters, but it wasn’t quite enough to get them into the medals. It was another fine showing from Marian, Claire and Sandra, who have all performed well over the cross country events so far. 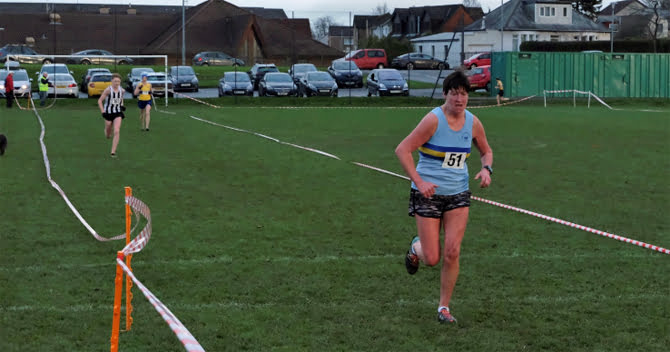 Lorna Coyle was able to pick up a bronze medal in the Veteran 50 category. There were also good runs from Cheryl Thomas and Debbie McKenzie. The ladies’ race was won by Catriona MacDonald of Bellahouston Road Runners, defending her title from last year’s race at Tower Hill in Gourock. 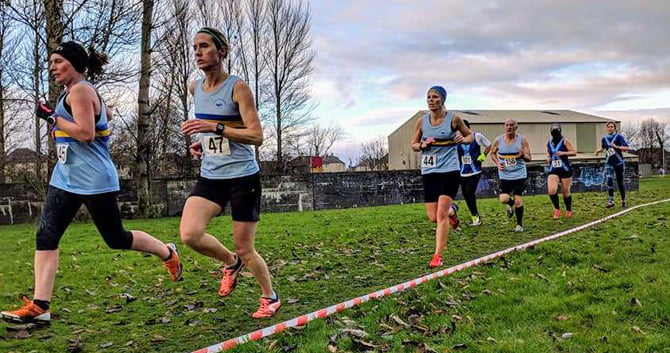 Eighteen Greenock Glenpark Juniors also took part. Douglas Campbell led his teammates home in 13th place, as the Harriers’s youngest athletes got the day’s racing under way, competing over two half-mile laps. He was backed up by Leo Beaton, Cameron Beck, Conner McCrorey, and Matthew Ross who all followed closely behind. Unfortunately for the boys, they fell one place short of team bronze.

The under-11 girls made up for the disappointment by going one place better. Sophie McGinty put in a gutsy display and, as always, she was willing to go with the fast pace of the leaders. She suffered a little in the closing stages, dropping back to eighth. But behind her Summer Taggart and Brooke Taylor came storming through in the last lap picking off just enough places to snatch bronze. The trio were ably supported by Erin McEleny and Ashlin Monaghan. 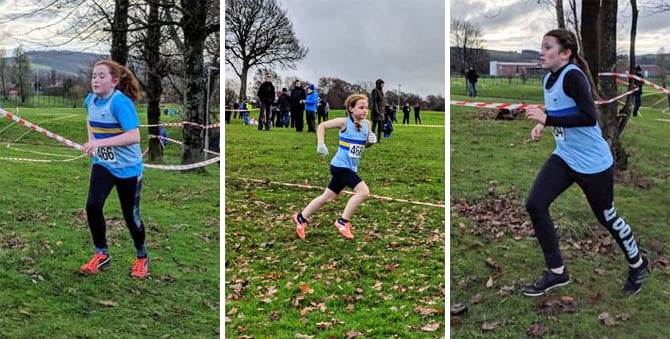 Ben Campbell is his short spell back training with the club is coming on leaps and bounds, and again put in a strong showing to finish sixth in the under-13s two-mile race. David Docherty in his first year in the age group ran well for a top-20 finish.

Such is the good form of Ava Beaton this season she felt disappointed with her fourth place in the girls’ event. Nonetheless there was plenty to be pleased about, particularly the way she came through strongly in the second half of the race.

The under-15 girls’ hard work in training paid off with a surprise team medal. Close grouping by Abbie Tosh, Emma Aitken and Olivia Trainer earned them bronze.

The run of the day came from Shaun Wiseman, the hilly course suiting the youngster as he pulled in place after place to close down on the leaders to finish fourth, with Jude Dolan producing a steady performance behind him.