2008s — The boys re-started their season in the last few weeks with a split season encompassing a few months at seven-a-side then, after summer, a big step up to nine-a-side football. 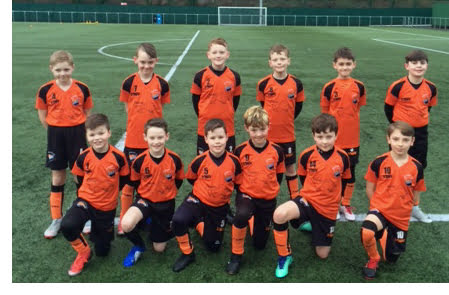 The squad compete in Tier One of the Paisley, Johnstone and District Youth Football League. The 12 boys work hard to continue their development along with coaches Derek and Graeme aided by goalie Stuart and a fantastic group of parents.

The team were delighted to welcome Logan Percival back into the squad during the winter and now this group is at full strength.

Training games against Gleniffer, Bishopton and Morton during February let the boys get going with all matches ending in 3-2 wins.

The league season, although disrupted by the weather, has seen the boys stay unbeaten with a draw against Ardgowan and a hard fought victory against Pollok in the opening fixture.