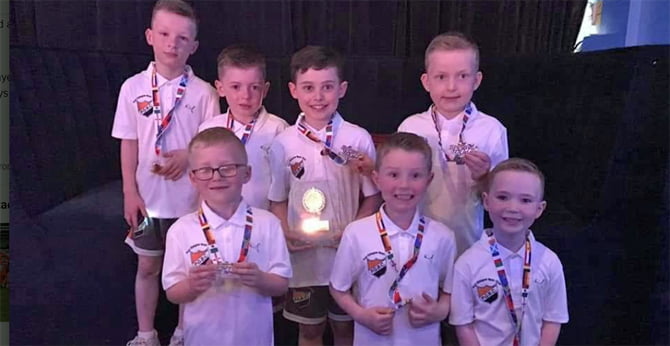 2011s (Orange) — The boys won the fair play trophy at the Blackpool International Cup. Great effort and team spirit was shown over both days.

The boys travelled to Kilpatrick on Saturday in their first league match since March and turned in a very good performance. Despite a few changes to formation and personnel, the boys started the game on the front foot and never allowed Kilpatrick time to settle. The Port went a goal up when Crawley struck from the righthand side of the box, his shot deceiving the Kilpatrick keeper and sneaking in at the far post.

Kilpatrick tried to respond almost immediately and it took a fine stop from McDougall in the Port goal to prevent them from equalising. Kilpatrick did equalise shortly after when they were awarded a dubious penalty which was fired home into the bottom corner. That didn’t stop the Port though as they went ahead again, Crawley’s shot forced home by McPhee to make it 2-1 before half-time.

In the second half it was soon to 3-1 when Crawley struck a shot from 20 yards right over the keeper into the roof of the net. Kilpatrick tried to respond but found McDougall and the defensive quartet of McLaughlin, Baxter, Devenney and Clark in good form. This was allowing the midfielders Creen, Madden, Weston and McPhee to impose themselves on the game and the forward partnership of Crawley and Leslie was giving the Kilpatrick defence no time on the ball.

The Port added a fourth when a long ball deceived the Kilpatrick keeper and Leslie slotted home. The introduction of Smith, Darroch, McAteer, Harkins and McPhee saw no let in the boys’ play and Smith added a fifth when he finished low into the corner. With minutes remaining, Kilpatrick added a second, another controversial goal, but the Port secured a well-deserved three points. 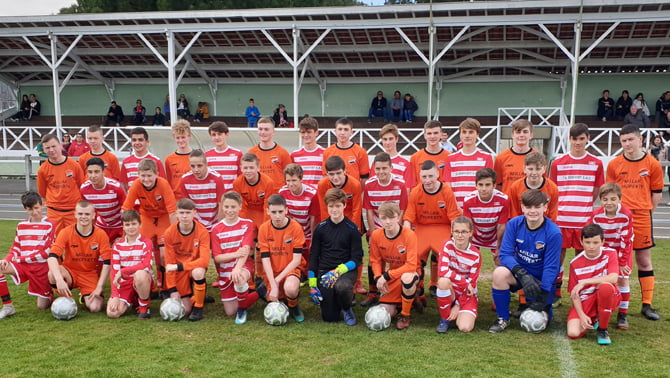 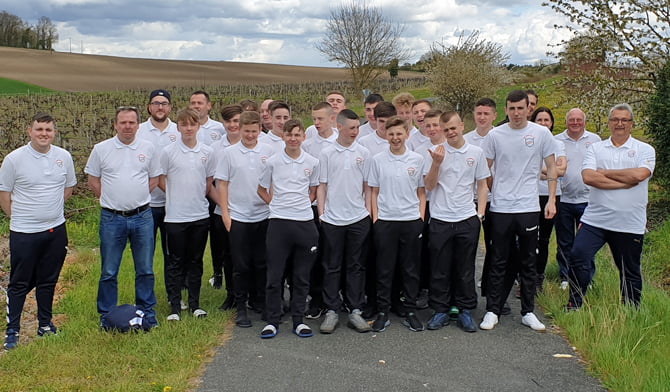 The coaches and players thank Jane and Bryn Smith and Phillipe and Kevin Guegan for the assistance in making the trip possible. The team also thank local businesses and parents for their fund-raising efforts plus parents/grandparents who travelled and ensured that they boys were well looked after.