A FORMER Greenock firefighter has played a crucial role in the writing of the Strathclyde brigade’s history – thanks to him being forced to leave it. 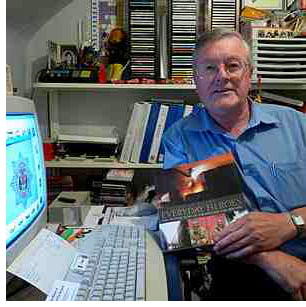 Graeme Kirkwood was a part-time firefighter for 13 years but, when he went for a medical on his 40th birthday, he failed because he wore glasses. He had worn glasses throughout his service but the rules had changed.

“I was devastated,” said Graeme. “I loved the job. I was lost on a Thursday night which was when the crew trained.

“I decided to start taking pictures of fire stations and different types of appliances. I then started taking a note of when the stations were built and then I decided to find out where previous stations were and when they opened with a view to drawing a family tree of brigades.”

Graeme, a technical officer with BT, put together information on every fire station, with addresses, officers in charge, and appliances. His family got used to day trips and holidays in areas where he hadn’t checked the fire stations.

Then the internet came along and Graeme set up a website. He said: “I had all this stuff but nobody was getting to see it.”

His on-line history of Scottish brigades proved to be vital to Strathclyde Fire and Rescue’s public affairs manager Alan Forbes who had been tasked with writing a book about the 30 years of Strathclyde Fire Brigade.

At the recent launch of the book – and in the book itself — he paid tribute to Graeme and his research saying there would have been big gaps without the information.

“Every time he was looking for something on the internet, my website came up,” said Graeme, whose efforts continue. There are more than 300 stations in Scotland and Graeme has been to all the mainland ones. He also spends hours in libraries looking at old council documents and annual reports.

One job Graeme is still working on is pinning down how many fire brigades there were in Scotland before the Second World War. He explained: “It’s either 228 or 288 — it depends on which book you read. One of them contains a typing mistake but I still don’t know which is right.”

Graeme isn’t the only Inverclyde link with the Strathclyde book. A firefighter who was based in Greenock, station officer Mick Kane, came up with the title – Everyday Heroes.

And two Inverclyde Now photographs appear in the book – one of the spectacular blaze at the old Broadfield Hospital, Port Glasgow last year, and the other of a cat being rescued from a window ledge in Gourock.