TWO familiar faces at Greenock parkrun have celebrated participating in the event for the 200th time. 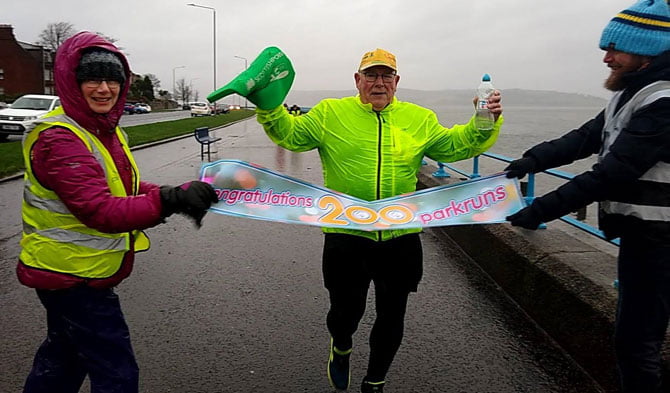 He has completed the Esplanade course 186 times as well as parkruns on 14 occasions elsewhere.

Also reaching her double century was Lesley Clark who has been taking part at Greenock parkrun since the first event in May 2014. Of her 200 parkruns, 196 have been at Greenock.

Despite the difficult conditions brought by Storm Dennis, 120 people took part on Saturday, including 21 first-timers.