CYCLING — Robert Goes The Distance Ahead Of Bordeaux Event 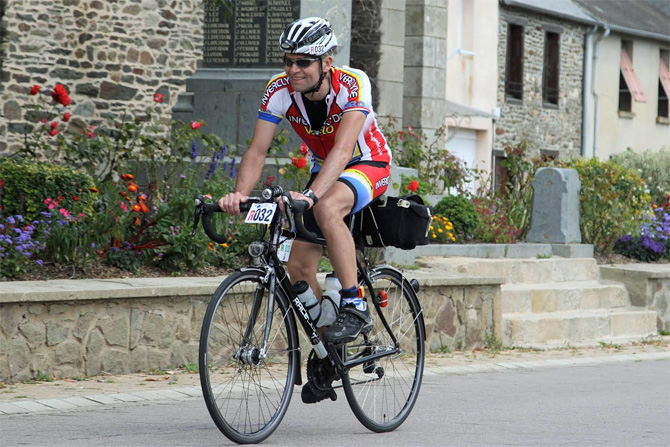 INVERCLYDE Velo’s long-distance specialist Robert McCready was busy in June as he prepares for another gruelling 1,200km event in Bordeaux in the south of France later this month.

He started the month with his longest event of the year so far — a 1,000km ride organised by Edinburgh-based clubs. Almost 90 riders from all over the UK started this event which departed from Edinburgh Waverley Station at 8pm on a Thursday evening.

The route headed towards the west coast eventually reaching as far south as Campbeltown before heading north for the first rest stop at Oban, a distance of 285 miles covered in just over 21 hours. The conditions and temperature were akin to the Mediterranean which was ideal preparation for the event in France.

Next day was a 175-mile route north from Oban and over on the Corran ferry for a loop of the Ardnamurchan Peninsula before returning to Oban for the next planned stop. The sun continued to shine, displaying Scotland in all its glory which made the tough terrain a little easier to cover. After a short rest in Oban, it was back on the road for 1:30am for the final 165 miles back to Edinburgh and an early afternoon finish, covering the course in just over 68 hours.

The following weekend it was “only” 400km this time, departing from Musselburgh and heading south west to Newton Stewart, returning via Maybole back to Musselburgh. Robert recorded his fastest time over the distance — an excellent 17 hours, 20 minutes — since taking up long-distance cycling. It was a very hilly route with more than 5,000 metres of climbing.

To round off the month, Roberts did 200 kilometres from Gourock down to Campbeltown and back in just under 12 hours, not too bad considering there are four ferry trips on this route.

The final task before Robert heads off to France is some much-needed maintenance on his bike, replacing many worn parts from the high mileage covered while preparing for the event.