LOCAL riders were in action in the Clyde Muirshiel Pedal the Park Sportive and in Scottish time trial championships.

The fifth edition of the 115-kilometre Pedal the Park cycling sportive took place on Sunday 5 May and was run in collaboration with Ride 63 Community Cycling Club.

Ride 63 is based at Castle Semple Visitor Centre in Lochwinnoch and aims to develop an infrastructure for cycling as well as promoting and encouraging participation in safe recreational cycling. Their members not only took part on the day but also volunteered as marshals and ran the feed station which was much appreciated by the participants.

The scenic sportive route tours Clyde Muirshiel Regional Park, departing from Castle Semple Visitor Centre, and passing through the rolling countryside of Renfrewshire and the Clyde Valley before dropping into Inverclyde. From there the riders head up on to the Old Largs Road before descending into Largs and then taking on the toughest challenge on the course — the climb up the Fairlie Moor Road — before returning to Castle Semple Loch.

Encore Velo riders from Largs — Gordon Young, Paul McGonigle and Lyall Craig — along with Inverclyde Velo riders Alan Holms and David Campbell had all signed up to take part in the tough event. With a steady pace for the first leg of the course, the Encore Velo riders rode off the front of their group at the climb heading up to Loch Thom and no one could follow the blistering pace they were setting.

With the gap growing, the boys pushed on and Paul completed the sportive in the fastest time on the day of 3 hours 31 minutes, closely followed by team mate Gordon in the same time. Third place went to Lyall, making it a 1-2-3 for the Largs club.

Alan crossed the line in 3hrs 52minutes and David was hot on his heels with another strong time of 3 hours 57 minutes, a great result for both clubs.

Riders from Inverclyde Velo took part in the CTT (Cycling Time Trials) Scottish 10-mile championships run by Glasgow Nightingale CC and held on the West Ferry course. One hundred and fifty riders had signed up for the event with first rider off at 8am. Conditions were decent but cold for the early starts. 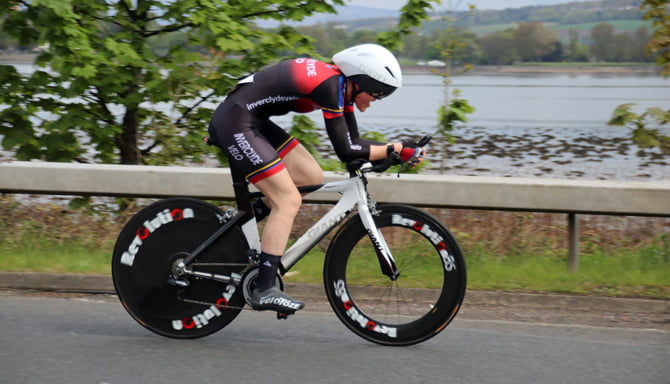 Alan Holms and Patricia Baird both raced the event with more top results for Patricia, taking the Vet 50 category and finishing 1st female veteran (40-plus) and 7th female overall in 24:21. Allan stopped the clock at 23:32 a great result for his first time trial of the year. 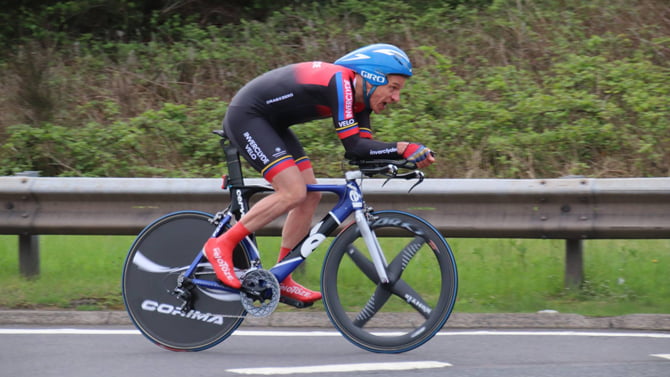