INVERCLYDE Velo rider Robert McCready has been busy over the last year preparing and riding qualifying events for his fourth Paris-Brest-Paris 1,200-kilometre cycling event which starts in mid-August.

The event has become so popular in the last decade that the entry field has been increased to 7,000 riders.

As well as training and riding qualifying events throughout the UK, Robert has also turned his hand to organising an event of his own. As part of the preparation, he had to scope out a suitable course and have it verified by regional organisers from long distance cycling association Audax UK to ensure it met the rules of the governing body.

The event — Argyll Alps — was a challenging 200-kilometre route starting in Gourock and heading across the water with the first steep climb out of Ardentinny at Glen Finart followed by the long grind up the Rest and Be Thankful. From there the route took riders back to Strachur with more climbing just before Glendaruel, then Tighnabruaich and Colintraive before returning to Gourock.

The route traversed pretty much every hill in that area and, with more than 10,000 feet of climbing, proved to be a gruelling day in the saddle. The event attracted almost 60 riders from across the UK, travelling from as far afield as Lincoln and Inverness. The main draw for many riders was the chance to ride the rolling terrain of the stunning west coast on fairly traffic-free roads.

To ensure the event was a success and incident free, Robert was helped by fellow Inverclyde Velo rider and long-suffering training partner Mark Smith as well as some of his family making sure riders were looked after before/during and after. As suspected the tough terrain took its toll on the riders with only 40 managing to complete the whole route, many of the others cutting the route short at Glendaruel, but still enjoying the great cycling to be had in this area. 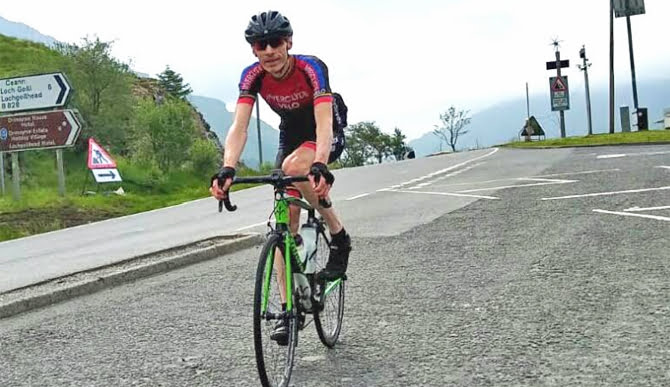 Local Velo rider Stephen Leckie, above, blasted round the course in eight hours and was comfortably the first rider back on the day. 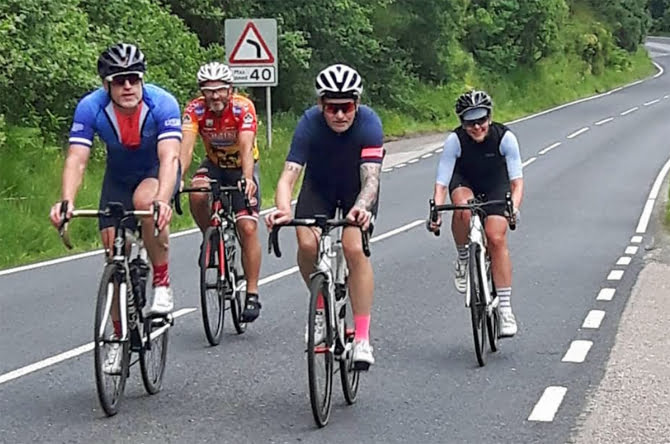 Other Velo riders taking part were Patricia Baird, taking a break from her track work to try out a few hills, and, ever up for a challenge, Danny McLaughlin, who both finished comfortably within the time limit.

Feedback on the event was mostly positive from the riders (except regarding the hills!) so it looks like it will be on the calendar next year.