INVERCLYDE Cricket Club recently held its annual general meeting when reports were given on the 2018 season and plans made for 2019.

Cammy Gunn topped the batting averages for 2018 with an average of 63 and a top score of 111 not out. Captain Dave Cooke (325 runs) and Douglas Pilkington (35 average), David Thomson, Stuart Callison and Scott Campbell also had good figures for the season.

In bowling, Tom Watson was the chief wicket-taker with the best economy figures, well backed up by Paul Singh, Cammy Gunn and David Mudie, the latter starting the season as wicket-keeper but ending as an added bowling threat. 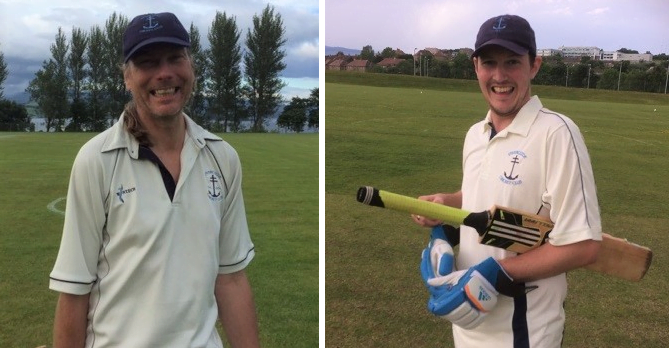 David Thomson takes over as captain from Dave Cooke who has stepped down after five seasons at the helm, with Gareth James as vice-captain and Scott Campbell as team manager.

Inverclyde will continue to play in the Western District Cricket Union’s Division Four and have joined the midweek league to give juniors and seniors more opportunity to play the game. There will be two games a week from the end of April through to the end of August.

Newcomers to the sport are welcome at indoor pre-season sessions which take place from 10am to noon on Sundays at the training facility at St Columba’s High School, Fletcher Avenue, Gourock, starting on Sunday (17 February).

Junior coaching sessions will continue to be run by the club’s junior committee, headed this year by Ross Blair, at St Columba’s from 10 am to noon on Saturdays. These sessions are open to anyone up to age 14, including pupils who have already sampled cricket, plus any other keen youngster.

All equipment for juniors and seniors is provided by the club, and training sessions and coaching are provided free of charge.