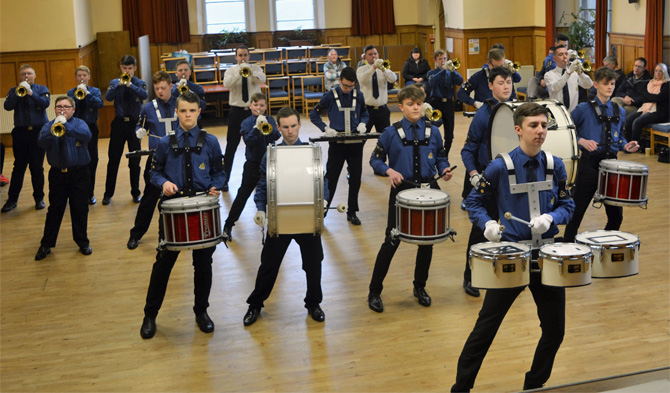 The band in action during their second performance of the day

The band successfully won both the trumpet and open competitions for the 15th consecutive year and will now go on to take part in the Scottish National Bands Contest on Saturday 25 March, which will be held in Glasgow this year.

The boys played incredibly well and for some of the younger boys this was their first experience of a bands contest.

The company will continue to practise for the Scottish event and their annual display and inspection on Friday 31 March 2017. An invitation is extended to all friends and family of the 2nd Port who would like to continue to support their boys by attending the 111th company display.