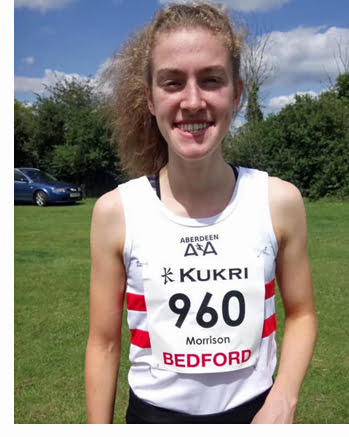 Georgia was taking part in the English Athletic under-20 and European trial Track and Field Championships in Bedford.

She contested the under-20 women’s 400 metres, taking on the best the UK has to offer, after securing the entry standard over the last few races in Scotland.

Georgia set off in determined fashion and, despite being under pressure early on, she remained focused on her plan as she sped down the back straight.

Over the last 50 metres, Georgia found an extra gear and moved into a third-place finish just behind two junior Team GB athletes, recording a lifetime best and an improvement in her own local record.

Georgia has now established herself as one of the country’s top under-20 female athletes over 400 metres.

She is grateful for support from Inverclyde Sports Personality Award Fund.