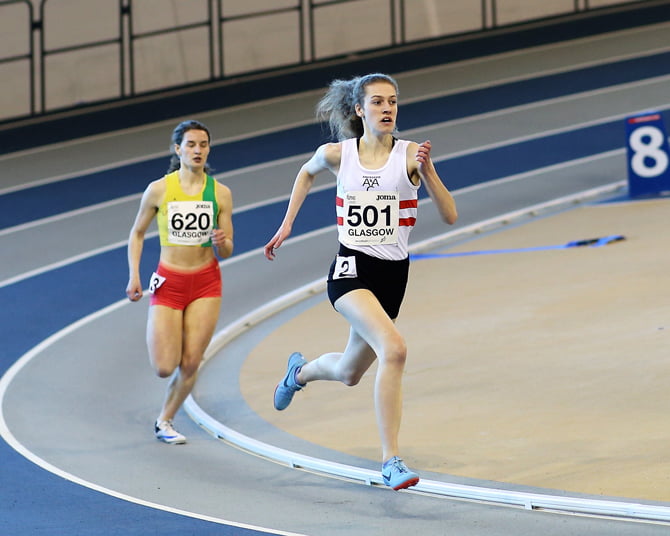 GOUROCK athlete Georgia Morrison remains the fastest under-20 female in Scotland over 400 metres after improving her season’s best time at the National Indoor Age Group Championships held at the Emirates Indoor Arena Glasgow.

Running in the 400-metres heat, Georgia accelerated to race speed within the first 100 metres. Approaching the home straight with 200-metres to go, Georgia shadowed the leader. Coming off the bend she increased speed on the straight to overtake her opponent and stride clear into the finishing straight. Not one for switching down, Georgia continued to let her style carry her across the line recording the country’s fastest 400-metre time for under-20 females with an impressive 57 seconds.

Moving into the final, a slight misjudgement with her tactics saw Georgia run out of time to overhaul the gap that she had allowed to open. She crossed the line just outside the medals, but is grateful for the silver lining of finishing the championship as Scotland’s fastest under-20 female over 400 metres.